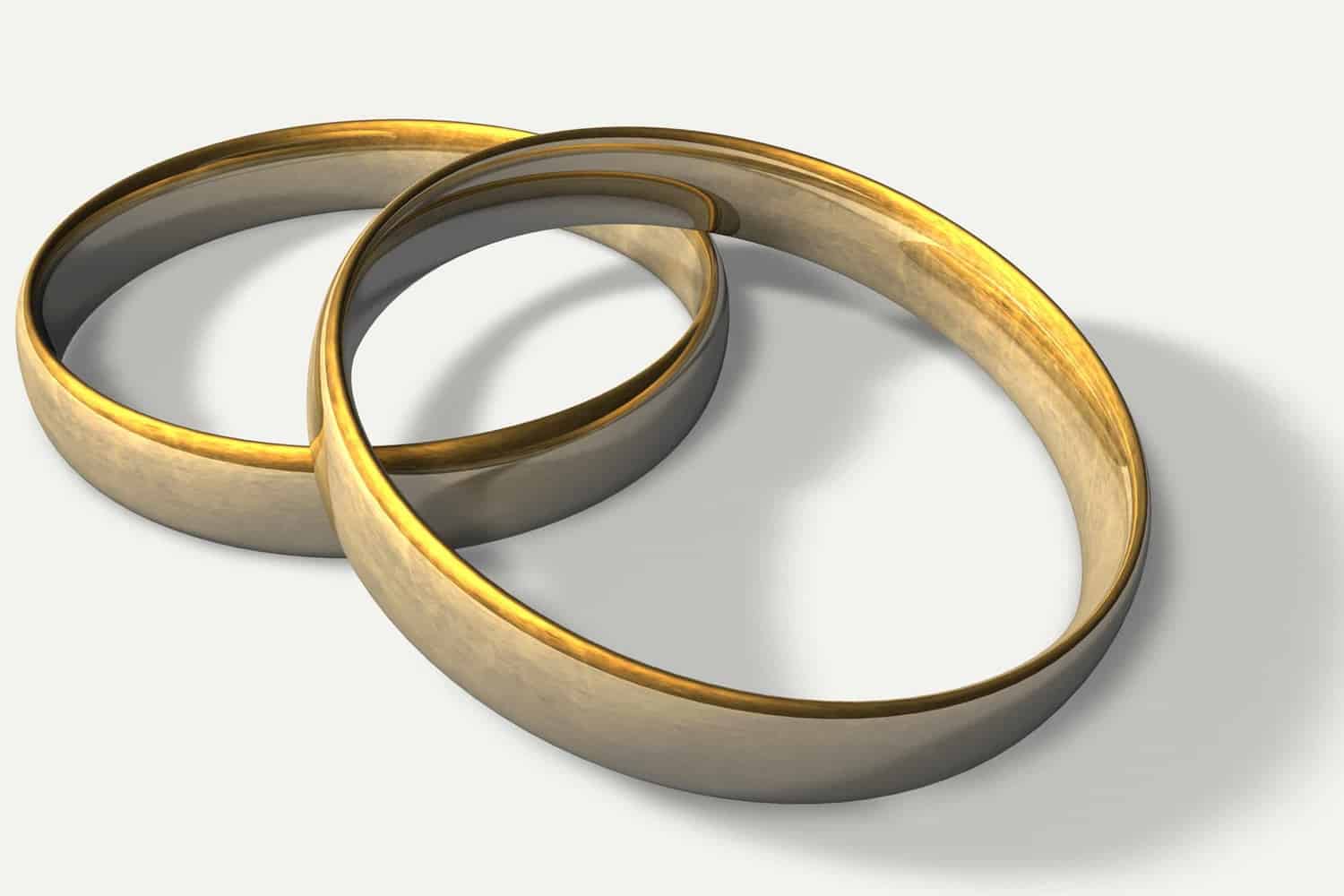 Cohabitation vs Marriage – When Does a Girl/Boyfriend Become a Common Law Partner?

Are we married, or just living together? Cohabitation vs marriage questions are among the most common in states like Colorado which recognize common law marriage. And there is a misconception that if a couple lives together in a long-term relationship, at some stage they become married.

What Is A Common Law Partner or Spouse?

In short, common law marriage is simply a different way of getting married. In the more typical ceremonial marriage, the couple will obtain a marriage license from the county clerk, have a ceremony officiated over by a minister, friend, or judge (although an officiant is not actually required – the couple can solemnize their own marriage), and then register the marriage with the county clerk.

A ceremonial marriage is easy, simple, and clear-cut – no room for ambiguity as to whether or not you are married. Proving someone to be a common law partner or spouse is more subjective, with factors such as:

(Note – these were the elements of common law marriage at the time this blog post was originally written, however in January 2021 the Colorado Supreme Court issued the Hogsett decision, which revamped common law marriage in Colorado to make it more flexible, and do away with the three traditional elements. They remain important factors for the court to consider on cohabitation vs marriage, however. For more information, see our blog post on Colorado’s new framework for common law marriage).

Looks simple enough on paper, but in reality, the cohabitation vs marriage question is more complex, and proving someone is a common law partner is challenging, especially if the two would-be spouses do not agree on whether they are actually married – which is often the case in a divorce.

Does Living Together Create A Common Law Partner?

As indicated above, living together is one factor the court will consider for a common law marriage. But cohabitation alone is not sufficient – if that was all it took to create a common law partner, there would be an awful lot of Colorado couples who live together troubled to learn that they had a common law partner, and breaking up would require a full-blown divorce.

If a couple chooses to cohabitate, they can do so safely without somehow ending up married – and that is true no matter how long they live together. Ten years, twenty years – the duration of cohabitation is irrelevant, as long as there is no intent to be married. Cohabitation vs common law marriage is not a matter of time, and a boyfriend does not become a common law partner or spouse simply because he lives with you.

Am I Common Law Married If I Call Myself Married?

Perhaps. If it’s clear you are only joking, and do not mean to be married when referring to your boyfriend as “my husband”, then those statements on their own will not prove a common law marriage. But are you willing to take the risk that someone who hears you say “my husband” thinks you’re serious, or that your significant other receiving a card saying “to my wife” is supposed to know it’s only a term of endearment, not to be taken literally? I wouldn’t!

Use common sense – proving a common law marriage is not a black & white issue, but numerous shades of gray, and referring to yourself as married, even if you think it’s joking, is one piece of evidence which establishes a marriage. In short, don’t joke about something as serious as marriage! If you do, you may find that your significant other believes himself to be a common law spouse. And at Graham.Law we have seen a person’s statements about being family, or (jokingly) being married come back to haunt them.

Likewise, avoid the “trappings” of marriage. Don’t have a ceremony where you exchange rings – even if you call the rings “promise rings,” or something other than a wedding band, such a ceremony is yet another piece of evidence. If you want friends and family to attend a ceremony (and bring gifts!) have a real wedding, not a ceremony where you proclaim your love for one-another. And never exchange rings either – give a gift of jewelry (just not a diamond ring), but for a birthday or Christmas, not for an “anniversary” or in exchange for a ring from your partner. Unless, of course, you want to have a common law partner!

If you want to be treated as married, or call yourselves married, be prepared for the risk that a judge may well take you at your word instead of believing you didn’t really mean it. Don’t treat yourself as married, anywhere, unless you mean it (Facebook, anniversary, will/estate planning, health insurance, etc).

How Can I Avoid A Common Law Marriage Claim?

In short, the best advice on how to avoid a common law marriage is this: Don’t game the system. If you try to take advantage of the system and claim benefits only offered to a common law partner, you’re playing with fire.

If your company offers health insurance to spouses, don’t sign up unless you’re married. You’re either committing fraud by falsely claiming marriage, or you’re actually married. It’s hard to argue you are only cohabitating when you swear to your employer you are married.

Don’t file joint taxes unless you really mean to be married – not only are tax returns an important piece of evidence to prove or disprove a marriage, but do you really want to have the IRS investigate you for tax fraud? NOTE – the flip side of this is also true – if you truly have a common marriage, and both of you intend to be married, then you should file jointly, not only for the tax breaks, but also to help prove a marriage exists, should that later become necessary.

Be careful of commingling funds. This is another gray area – it’s okay to own a house together, or to have a joint account, But the more you combine your finances, the more a court may think it looks like you have a marriage. Keep your own separate accounts, and if you must, have only one joint account where you pool funds to pay joint bills.

Back to the original question of cohabitation vs marriage. It is okay to live together in a cohabitation relationship – and without more, that will not create a common law marriage. But since cohabitation is an important factor the court considers for a common law marriage in Colorado, if you live together, and call yourselves married, and file taxes jointly or sign up for company spouse benefits, then you’ve gone a long ways towards establishing a marriage exists. And someone like a judge may well take you at your word, and decide you are married.

It all starts with living together. If it ends there, you will not have a marriage, but you should confer with a lawyer on cohabitation vs marriage before you go any further, and wake up one day to find that somehow you have entered into a marriage without really thinking it through.

More Information on Cohabitation vs Marriage

For a much more detailed discussion of what it takes to be a common law partner in Colorado, see the Colorado Common Law Marriage article in the Colorado Family Law Guide.

Cohabitation means two people living together in a sexual relationship without being married. It contrasts to a common law marriage where the parties may live together and have sexual relations, but they also intend to be married and hold themselves out as married.

What is the main difference between cohabitation and marriage?

The difference is intent – a couple can live together in a romantic relationship without intending to be married, and they are not married. But if they intend marriage and hold themselves out as married, then they have a common law marriage.

What is the difference between marriage and cohabitation rights?

In Colorado, absent a cohabitation agreement or joint property, people in a cohabitation relationship have no specific rights. But in a marriage, the spouses have the right to a division of marital property, and for the payment of spousal support.

Cohabitation does not directly affect child custody. However, there can be indirect effects on custody – for example, if one parent is living with someone who has a criminal conviction, the judge may decide that person poses a threat to the children. Or if the kids do not get along with the new significant other, they may not wish to live with that parent.

Unlike some states, cohabitation does not automatically affect alimony. In theory cohabitation could still affect alimony, however, because when a spouse is cohabitating, she may have reduced living expenses and therefore less of a need for spousal support.

How to prove cohabitation?

Proving that someone lives together is usually not that hard – neighbors, addresses on bills or bank statements, etc. But proving they are romantically involved is harder if the couple denies it – that may involve a private investigator, looking through social media posts for signs of a relationship, etc. And in Colorado, where cohabitation has little to no impact on issues in a family law case, there is likely no point in trying to prove it.