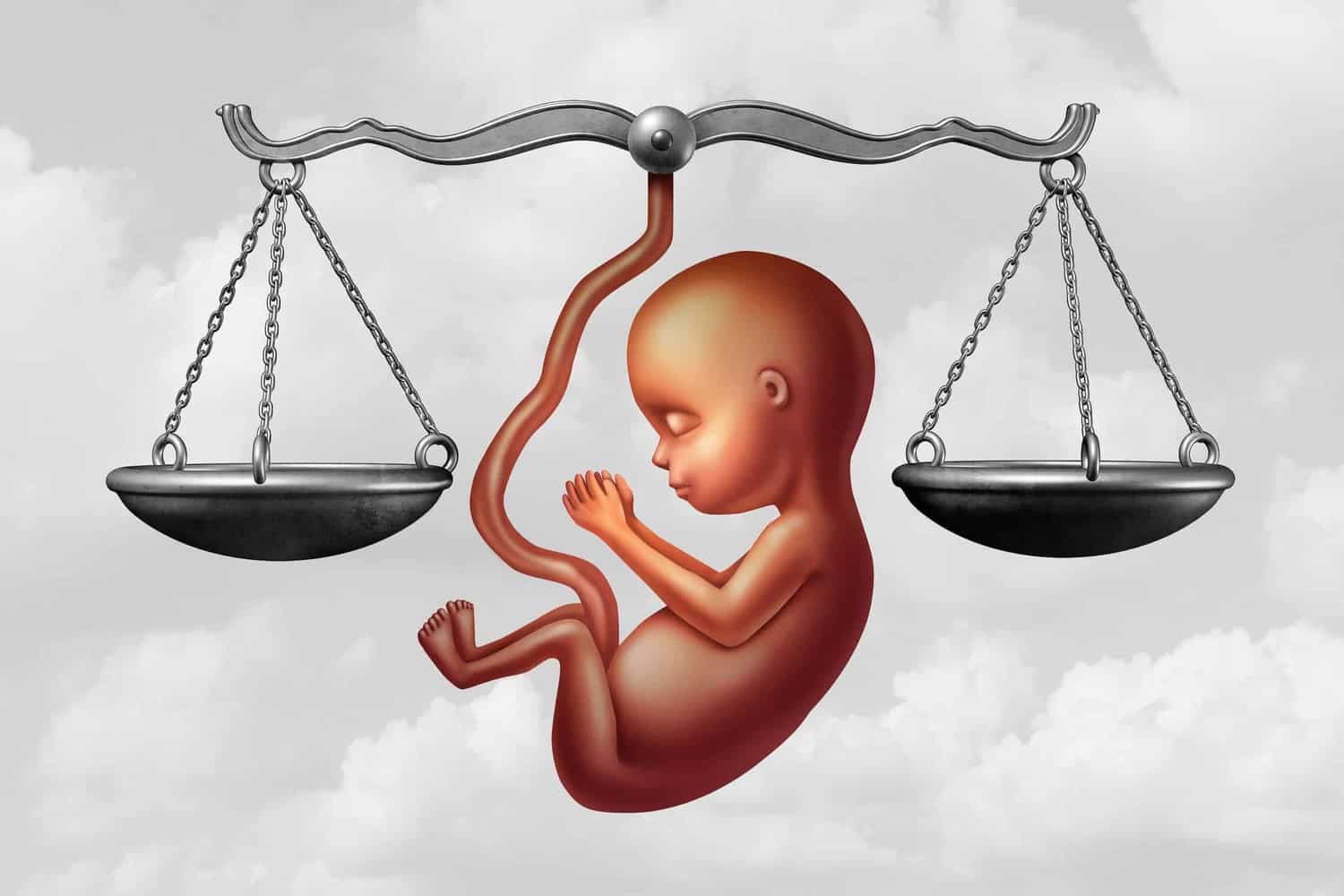 Preference Against Forced Procreation Over Donation

That same blog post also discussed the then-new Fabos decision, where the Colorado Court of Appeals reversed a trial court order authorizing the wife to donate the embryos over the objection of the husband, who wanted them destroyed, because the judge had “heavily weighed” the wife’s moral belief that the embryos were human beings. The Court of Appeals took issue with that for two primary reasons:

This blog post is intended as an update on the current law – for a more in-depth discussion, see our Disposition of Frozen Embryos at Divorce article in the Colorado Family Law Guide.

Fast forward to 2022, and that same Fabos case is again back at the Court of Appeals, now renamed to Olsen. Note that while the Court of Appeals reversed the trial court holding that the wife may donate the embryos, it did not actually order the opposite – that the embryos be destroyed after divorce. Instead, it set out the legal principles for the trial judge to follow, then remanded to the judge for a new ruling consistent with the ruling.

In Fabos, the parties were unable to conceive children naturally, so underwent in vitro fertilization (IVF), which resulted in two pre-embryos being implanted and twins being born, and two additional pre-embryos being cryogenically frozen and placed in storage.

The fertility clinic’s “Informed Consent For Assisted Reproduction” form had options for disposition of the embryos in case of death, in capacity or the wife turning 55, and the couple selected “donate the pre-embryos to another couple.” However, the form did not address what should happen to the embryos upon divorce, other than to say it would be determined by the court or agreement.

A year later, the wife filed for dissolution of marriage. She wanted to donate the pre-embryos to another infertile couple, while the husband wanted them to be thawed and discarded.

On remand, the wife based her claim on “her firmly held religious beliefs and corresponding constitutional right to freedom of religion under the First Amendment.” The trial judge again sided with the wife, awarding the pre-embryos to her for donation to third parties. However, due to the acrimony between the parties, the judge rejected her alternative proposal that they could be implanted in her to give birth.

The husband again appealed, arguing that the trial court violated both the Colorado Supreme Court decision in Rooks, as well as the Court of Appeals decision in the first Fabos appeal, where the award in favor of the wife was reversed and remanded. This time, however, the Court of Appeals did more than reverse – it concluded the trial court was wrong as a “matter of law”, so instead of remanding again, ordered them awarded to the husband to discard the frozen pre-embryos.

This time, the Court of Appeals was even stronger in its language favoring destruction over donation, which would force the husband to be a biological father against his will:

“We conclude, as a matter of law based on a proper application of the Rooks factors and the Fabos mandate, that the present case is not one of the rare circumstances where a party wanting to donate the pre-embryos to third parties can prevail over the other party who opposes procreating with the pre-embryos.”

Frozen Pre-Embryos are Marital Property in a Divorce

The court held that “pre-embryos are marital property”, but per the Rooks decision, have “special character.” ¶ 16.

Enforce IVF Disposition Agreement, if Any

The court also noted that Rooks requires Colorado family law courts to see if the parties’ signed a disposition agreement at the time of the IVF which addressed disposition of the frozen embryos at divorce, and if so, enforce that agreement. ¶ 19.

I’m guessing that in view of increasing divorce litigation, more fertility clinics are addressing this issue in their initial forms (see, e.g., the IVF consent & disposition form used by the Massachusetts General Hospital Fertility Center). But for spouses who did not address disposition upon divorce, the courts are required to step in and make the hard decisions, in Colorado by “balancing the parties’ respective interests”.

Rooks identified (¶¶ 66-71) “non-exhaustive list” of factors courts should consider when balancing the parties’ interests, including:

And as the Olsen court noted, the Fabos court already reversed the trial judge once for crediting the wife’s desire for a “productive purpose” higher than the husband’s desire to avoid procreation. However, on remand, the trial court balancing (¶ 25) still included such factors in the wife’s favor as:

Donating Not Weighted as Highly as Implanting Them

Often the embryo battle at divorce is between implanting them in a spouse vs destruction. But in Olsen, the trial court had already rejected the wife’s argument for reimplantation, which means the issue was between donation and destruction. And because of the wife’s religious beliefs, the trial judge weighted that issue heavily towards her. This, per the Court of Appeals, was a mistake:

We recognize that, on remand, the court did not again make its own value judgment about the parties’ desired disposition of the pre-embryos — that wife intends to use the pre-embryos for a “productive purpose” whereas husband intends to “simply” discard them. See id. Nevertheless, the court weighted the first Rooks factor substantially in wife’s favor by doing the very thing Fabos instructed it not to do. The court weighted this factor based on wife’s deeply held personal views of the morality of discarding the pre-embryos. The only difference between how the court treated this factor before and after remand is that wife’s moral views were more clearly “bound up with her religious beliefs” on remand. But regardless of whether such moral beliefs are religious or secular, they should not form part of the court’s consideration of the first Rooks factor.”

In short, the appellate court applied simple logic in ¶¶ 31-32 to find that destruction trumped donation:

Religious Beliefs Are Relevant Issue for Disposition of Embryos

The court noted that religion is not completely irrelevant, just that the trial court afforded the wife’s religious beliefs too much weight by including them in the first factor, not the “catch-all” factor:

The wife argued that awarding the pre-embryos to the husband would force her to participate in their destruction against her religious beliefs, so the strict scrutiny standard should apply. Both the trial court and the appellate court rejected this argument, with the appellate court noting that wife would not be a participant simply because a judge awarded them to the other spouse, who then had them destroyed:

“Because the decision will belong to husband, wife will not be compelled to do anything in violation of her religious beliefs, and therefore there is no Free Exercise violation.”

The appellate court had some disagreement of the weight which the trial court gave to the other Rooks factors, before concluding it “as a matter of law” the husband should prevail rather than simply remanding the case back to the trial court for the third time. But it took care not to establish a strict rule favoring destruction over donation:

“we do not adopt a “bright line” rule that a party seeking to donate pre-embryos rather than implant them can never prevail over the other party’s interest in avoiding procreation. A party seeking to donate may prevail based on other Rooks factors that were not implicated by this case or based on other case-specific factors not contemplated by Rooks. For example, if a court found that the party wanting to avoid procreation had engaged in bad faith, that factor might tilt the analysis in favor of the party wanting to donate. See Rooks, ¶ 70. Or if the parties had undergone IVF solely for the altruistic purpose of donating the pre-embryos rather than to produce their own genetic children, the party seeking to donate may prevail.

Note that while the court is not saying that destruction will always win over donation, when you consider their language from the original Fabos case, and the examples they use in the language just quoted, they set a pretty high bar indeed in favor of destruction that very few people would likely be able to overcome. After all, how many couples go through IVF not to have their own kids, but simply to donate the pre-embryos to others?

Likewise, it’s not easy to conceive how bad faith may come into play – after all, settlement discussions are confidential, so a judge would never learn that one spouse told the other “I’ll only let you donate them if you agree to waive maintenance.”

The Olsen court itself recognizes this high bar, saying that this case “does not present the rare circumstances where a party wanting to donate can prevail against a party wanting to avoid procreating.” ¶ 48. So the takeaway is that while spouses who disagree on implantation vs destruction may start out on equal footing, a spouse who wishes to donate frozen pre-embryos after a divorce proceeding is unlikely to prevail against a spouse wanting either implantation or destruction.

What happens to frozen embryos in a divorce?

In Colorado, the court would first enforce a divorce clause in their disposition agreement with the fertility clinic. If divorce is not addressed, the court will balance the interests of each spouse to determine whether the embryos should be implanted or destroyed. with a desire to donate them having a lower priority than implantation or destruction.

Are frozen embryos property in a divorce?

Yes. Colorado courts regard frozen pre-embryos as marital property, however they have a “special character” which requires the court to apply specific factors to balance each spouse’s interests in disposing of them.