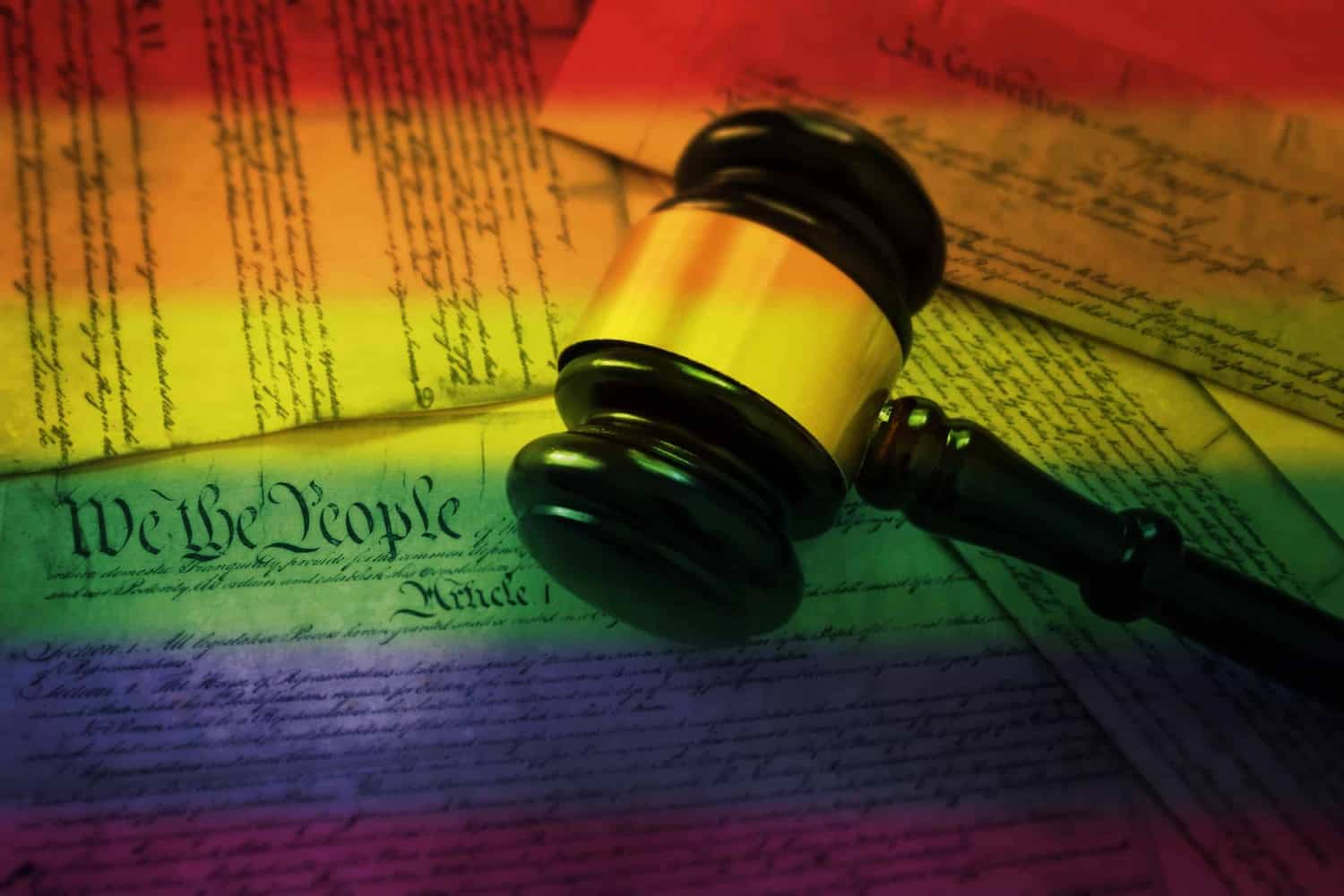 I had no idea this would still be an issue. You may recall the baker refusing to do same-sex wedding cakes, and a bigoted county clerk in Kentucky who refused to issue licenses to a gay couple (and lost reelection). But judges refusing a gay marriage? As a lawyer, I had thought courtrooms as a sanctuary where justice was truly blind, and we could count on judges to at least follow the law and protect the rights of all citizens, including a gay couple who wished to marry..

Four years after SCOTUS ruled that same-sex marriage bans violated the equal protection clause of the 14th Amendment, the American Bar Association perceived enough of a problem to issue a new ethical opinion prohibiting judges from discriminating against gay and lesbian couples when performing weddings. And trying to find out why such an opinion was necessary, I was admittedly surprised to learn this is not just a hypothetical problem.

Just two months ago, a judge in West Virginia made headlines for being the only judge in the state to refuse to perform weddings for gay couples. In today’s America, you would assume he would be lucky to keep his job, and would bend over backwards to show he had reformed. And you would assume wrong. Instead of facing discipline for such overt discrimination, the West Virginia Judicial Investigation Commission accepted his compromise – instead of opening his (really, the state’s) courtroom doors to anyone who wanted a legal wedding – heterosexual or gay couple – he would not perform any weddings at all.

Imagine going to that extreme to avoid performing lawful weddings for a gay couple. And he’s not alone – per the article: “Fairness West Virginia said that there are many judges that now refuse to perform any marriages at all. Four counties in the state don’t have any judges that perform marriages anymore.” (Emphasis added).

And earlier last year an Oregon state judge refused to perform same-sex weddings. But instead of brushing it under the carpet, the Oregon Supreme Court found the judge committed judicial misconduct, and upheld a recommendation from the Commission on Judicial Fitness and Disability, suspending the judge without pay for three years for his discrimination against a gay couple.

The ABA has paid attention, and (fittingly) on Valentine’s Day its Standing Committee on Ethics and Professional Responsibility released an ethics opinion, Formal Opinion 485, which requires judges to officiate same-sex weddings. At least as long as the judge performs them for heterosexual couples – which means the ethics opinion has the same loophole that West Virginia has – assuming the state allows judges to opt out of wedding altogether, a judge can stop performing weddings entirely to avoid doing a completely legal and constitutionally-protected marriage for a gay couple.

Apparently, actually eradicating bigotry was a bridge too far, so the ABA did what they could – and eliminated bigotry against a gay couple the public can actually see. And from reading the opinion, the ABA was not a trailblazer, but instead has followed what it believes to be the developing consensus among states which have addressed the issue.

“Model Rule 2.3(A) specifically requires judges to perform their duties free from bias and prejudice. Model Rule 2.3(B) prohibits a judge who is performing judicial duties from manifesting bias or prejudice based on sex, gender, sexual orientation, or marital status.”

See what the ABA did? Judges are not required to be free from prejudice against the LGBTQ community – they just better not actually display their bigotry against a gay couple while performing their duties.

States like Colorado are extending same-sex marriage protections into new areas, like common law marriage. And I had naively thought that we had finally reached the end of the struggle for homosexual equality in family law.

Starting this blog, my plan was a neutral reporting of a newsworthy ethics opinion regarding marriage of a gay couple. But slowly the shock sank in that officers of the court (even worse, judges!) can so overtly discriminate against fellow citizens in the name of religion. Is it too much to expect our public servants to be held to a higher standard, or at least follow the law of the land?