Stop a Divorce – Changing Your Mind During the Dissolution 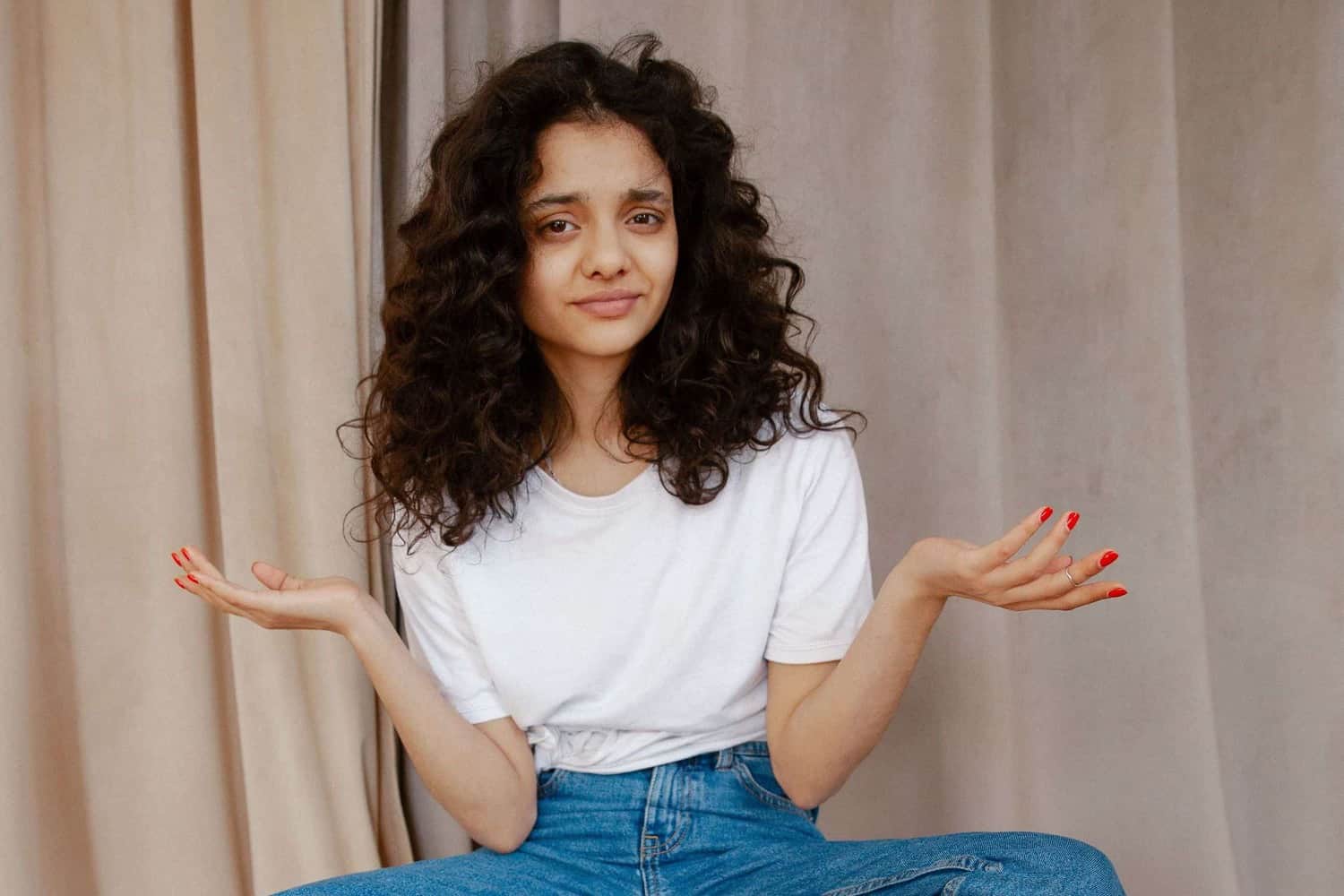 Divorce can be incredibly stressful on families no matter how cooperative spouses may be. Despite the stress of a divorce case, some couples may want to stop a divorce proceeding so they can try again to reconcile. There are several ways (other than living in a state with a Covid-19 related divorce moratorium!) to stop the divorce when it has already been filed, and the attorneys at Graham.law have seen it happen enough that we can discuss which way works best for you.

We saw reconciliation stop the divorce just last month when R&B singer Ne-Yo requested that the judge in his Georgia divorce case dismiss the case. He had filed the initial divorce case recently, so the case likely did not get very far before reconciliation happened. It doesn’t seem like the court has ruled on the motion yet, but if the Georgia courts are anything like Colorado courts, the judge will grant his request, with no questions asked.

What’s less common is when one spouse testifies at the dissolution hearing that the marriage is not irretrievably broken – something that has happened several times in dissolution cases Graham.Law attorneys have participated in. This will not stop a divorce from being finalized – each time, without fail, the court ends up entering a decree of dissolution, typically telling the reluctant spouse something along the lines of “Ma’am/Sir, it takes both spouses to make a marriage. I cannot stop your divorce if your spouse believes the marriage is broken and wants a divorce.”

Strictly speaking, the court is required to make specific findings as to the marriage being broken. Per C.R.S. 14-10-110(2):

“If one of the parties has denied under oath or affirmation that the marriage is irretrievably broken, the court shall consider all relevant factors, including the circumstances that gave rise to the filing of the petition and the prospect of reconciliation, and shall:

(a) Make a finding whether the marriage is irretrievably broken;

(b) Continue the matter for further hearing not less than thirty-five days nor more than sixty-three days later, or as soon thereafter as the matter may be reached on the court’s calendar, and may suggest to the parties that they seek counseling.  At the adjourned hearing, the court shall make a finding whether the marriage is irretrievably broken.”

But before reluctant spouses get their hopes up by the prospect of the court order to stop a divorce, or at least delaying the dissolution to facilitate counseling per subsection (b), no Graham.Law attorney has ever seen that in our combined decades of experience.

In reality, all it takes to obtain a dissolution of marriage in Colorado is that one spouse believes the marriage is broken. The other spouse cannot stop the divorce process, and the court will issue a decree even over the reluctant spouse’s objection.

But that does not mean a divorce is always unstoppable…

What Happens If You Change Your Mind About Divorce?

Even though Colorado is a no-fault state, there is still a 91 day “cooling off period” (C.R.S. 14-10-106 before the court can enter a decree dissolving the marriage. C.R.S. 14-10-110(1)(a)(III). Though not stated as a reason in the statute, this does have the effect of imposing a “cooling off period” on the spouses, and therefore the opportunity to stop a divorce, or at least have time to slow it down.

That said, just because a divorce case is on file past the 91 day period does not mean that the case has to end with the couple getting divorced. In many cases where parties have reconciled early in the case, like Ne-Yo did, the party who filed the case can ask that the court dismiss or end the case. The exact process to stop a divorce depends on whether the other spouse had entered the case.

Stop a Divorce by Dismissing Your Case

If the case has been filed but your spouse has not yet filed a response, or otherwise entered the case, you can file a notice of dismissal with the court and the divorce case is stopped, unilaterally. Colo. R. Civ. P. 41(a)(1)(A). However, after the spouse has entered the case, neither spouse can stop a divorce process unilaterally; dismissal requires both spouses’ agreement.

If both parties agree, they can stop a divorce by filing a joint motion or stipulation to dismiss the case entirely. The dismissal would be “without prejudice”, which is a legal term meaning that while it stops that particular divorce proceeding, either spouse is free to bring a new dissolution of marriage action at any time. Colo. R. Civ. P. 41(a)(1)(B).

Even if both parties don’t agree, the filing spouse can still seek to dismiss the case by filing a motion, however the judge is unlikely to dismiss the matter if the other spouse objects. (We’ve never seen it happen). And even if, somehow, the case were dismissed over the objection of the other spouse, that spouse could simply refile a new dissolution. So trying to unilaterally stop a divorce when the other spouse wants it to proceed is not possible in the long run.

If a divorce is stopped and the case dismissed, that means any orders issued could be vacated (canceled or stopped) entirely, and if the parties decide down the road that reconciliation did not work, a whole new case would need to be filed.

Staying or Suspending a Case to Stop a Divorce

An alternative to stopping a divorce is slowing it down. A couple which wishes to reconcile during a divorce case can ask the court for a stay of proceedings. A stay is essentially like pressing the pause button on a case. The divorce is not officially stopped, as the case remains open for a period of months, and all orders issued to date stay in effect. The divorce is effectively frozen in place for a period of time..

A stay can be issued for a few weeks or a few months depending on the judge and the circumstances. (In the past, stays of six months were fairly common, but in more recent years, judges are more reluctant to let dormant cases remain open that long, so typically grant stays for 3-4 months).

When the stay has expired, the case is automatically dismissed unless one or both of the spouses has filed a pleading advising the court that the case is back on. If the divorce case does resume, it simply picks up just where it left off.

The obvious advantage of a stay is that the divorce was not completely stopped – if the reconciliation process is unsuccessful, the spouses do not need to start a whole new case. This is an attractive option if the spouses have already spent a significant amount of time and money through the divorce process. However, the disadvantage is that the stay is limited in duration, and having the case hanging over the spouses’ heads may hurt the chances of reconciliation.

Convert to a Legal Separation – Not Really Stopping a Divorce

“If a party requests a decree of legal separation rather than a decree of dissolution of marriage, the court shall grant the decree in that form unless the other party objects.”

For a more thorough discussion of legal separation vs divorce, see our Legal Separation article in the Colorado Family Law Guide.

Stop a Divorce by Doing Nothing

This last way of ending a divorce proceeding is not specifically authorized, but if the spouses file for divorce, and then neither of them actually does anything and they let the matter lapse, ultimately the court will dismiss it pursuant to Colo. R. Civ. P. 41(b)(2) for “failure to prosecute.” Think of it as a back-door way to stop a divorce by doing nothing.

The full process for a dismissal for failure to prosecute is set forth in Colo. R. Civ. P. 121, § 1-10, but in short, the court issues a “delay prevention order” threatening dismissal unless one of the parties does something within 35 days. Do nothing, and the Court itself will stop the divorce.

At Graham.Law we have had clients retain us who had previously filed for dissolution without counsel, but neither party then moved the case along, so the court dismissed it. A dismissal for failure to prosecute is rare when a spouse has counsel, not least of which because it risks the attorney being perceived as a “slacker” by the court. Moreover, as a courtesy to the court, a family law attorney’s instinct is to advise the judge of the status of a pending divorce case. So while pro se clients without attorneys can stop a divorce by simply abandoning the case, don’t count on a reputable family law attorney using this method to stop a divorce.

For a more in-depth discussion of the cases and court rules regarding the dismissal of a petition for dissolution, see our all-new article in the Colorado Family Law Guide, Stopping a Divorce After Petition Filed.