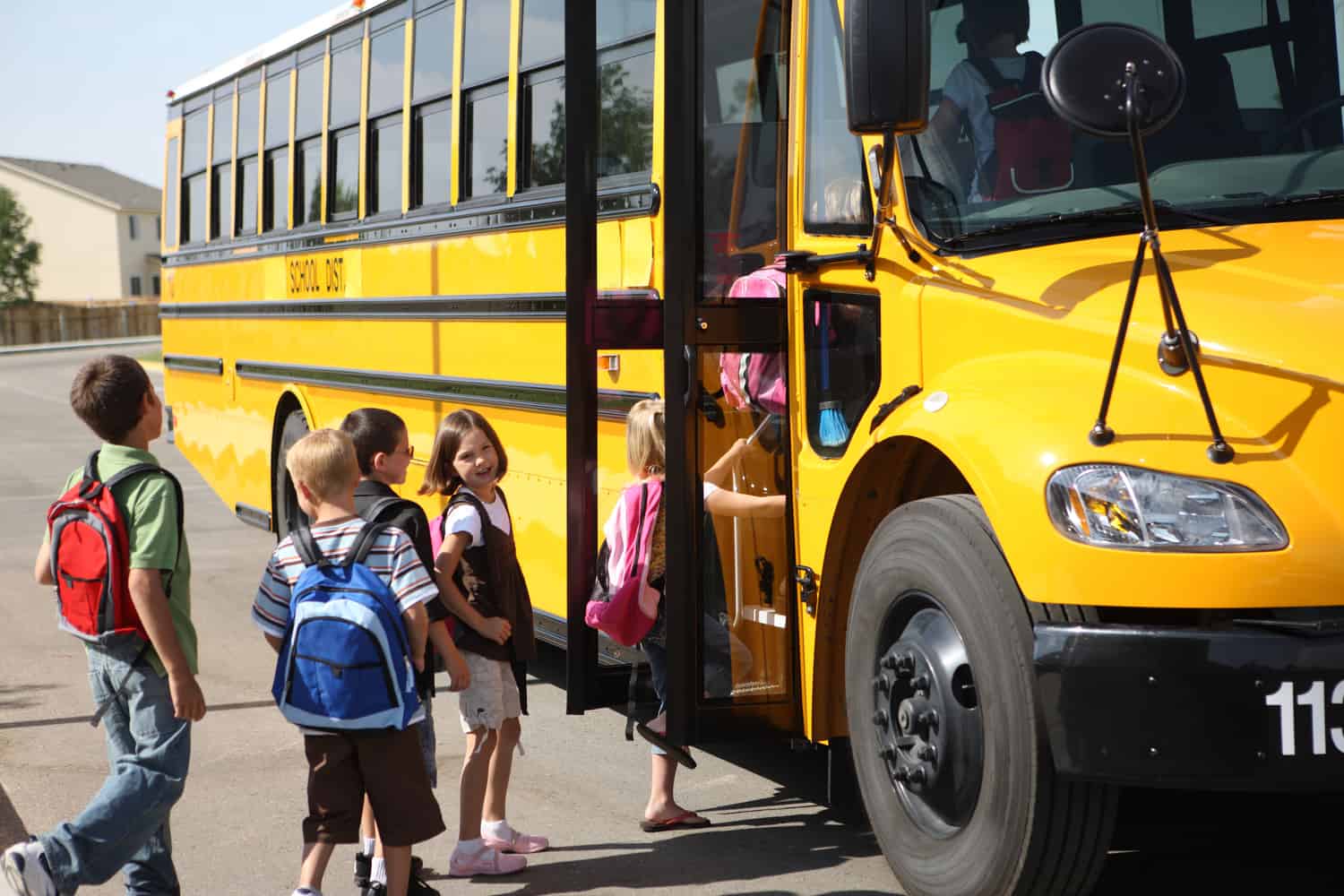 It’s something that most family law attorneys, and, sadly, many divorced parents have seen: in the months before school starts, the parents do not agree on the school choice for the child. And when one parent refuses to sign the school registration documents, there’s a stalemate.

Not only is there rarely enough time to get a judge’s decision before school starts, but as explained below, there’s a belief among some judges that they cannot intervene in the decision, which means it’s back to the stalemate.

With sole decision-making (rare), or one parent having tie-breaking authority (also rare), or a parent living out of state so the local parent will generally pick the specific school, you don’t often see disputes over where the children will attend school. But when parents have joint decision-making, there is often no particularly good reason to favor one parent’s school choice over the other.

Judges tend to be mainstream, and to preserve the status quo, if there is one. So what has already happened with the child, or with his/her siblings, is important in determining school selection, as is whether one parent’s school choice is outside the mainstream.

Is the Child or a Sibling Currently In School?

If the child is already in school, then the school choice has already been made, and the child will usually continue to attend that school as long as he/she is eligible, and the parents have not moved to new neighborhoods, making the current school choice logistically impracticable. A parent wishing to change schools over the other’s objection will usually have a pretty tough burden to convince the court to change it.

And when the child finishes at a particular school, such as he is going into 6th grade and will need to change schools anyway, usually it’s going to be in the same school district, and typically the same school where most of the child’s elementary school friends attend.

Likewise, if a child’s elder sister is already in second grade at a particular school, the younger sibling will typically attend kindergarten at the same school – not only is it less disruptive than having the children attend two different schools, but also the parents once did agree on that school, so it would have an edge over a completely different school.

Unless the children are already in private school, and the parents have the resources to continue paying for it after a divorce, a parent will have a hard time deviating from the “norm”. This means that, absent good reason, a child will usually attend the public school near to one of the parents, and not go to private school, a more distant charter school, or be home-schooled.

If the children live the majority of time with one parent, that parent’s residence will generally be used for school choice purposes, so the kids would attend the public school near to that parent’s house.

If the child has special needs, his brain is “wired” in a particular way, or he is a prodigy receiving advanced schooling, then the above may not necessarily apply, and there may be a school which is better suited for the child than the “default” public school. Such cases are rare, but they do happen. And the parent who has done their homework to pick a specific school, and has evidence as to how this school is the best fit for the child, may well have the advantage when selecting the school.

So what happens if there is no current school, the parents have equal parenting time and joint decision-making, and there are no special circumstances suggesting one school is better than the other – how can the parents, or the Court, make the decision on where the children will attend school?

Thirty-six years ago, the Colorado Supreme Court ruled that a family law judge cannot intervene in a child’s school choice issue. In Griffin,1Griffin v Griffin, 699 P.2d 407 (Colo. 1985). the parenting plan provided for joint educational decision-making (“both parents shall fully and equally participate in the education of their child. School shall be selected jointly.”)

Upon learning that the mother was planning on enrolling the child unilaterally in a Buddhist school of her choosing, the father filed a motion to enforce the joint agreement language, arguing that the mother’s selection would hamper the child’s development by placing him outside of the American cultural mainstream.

The magistrate denied the father’s motion, finding that the father had voluntarily failed to participate in the school selection, did not investigate the school, and broke his appointment to visit it. The father requested review by the district judge, and the judge upheld the denial of the father’s motion, noting that the parenting plan did not address how to resolve disagreements over school choice and the law as it then existed provided that the “custodial parent” makes educational decisions.

The father appealed, and the Court of Appeals reversed, finding that the parties’ agreement intended that they have “equal decision-making authority” over the school choice issue, and in case of parental deadlock, “the court must determine the issue of choice in schools.”

The Colorado Supreme Court reversed the Court of Appeals, agreeing with the trial court that the mother chooses the school, based upon the law in Colorado at the time which gave the authority to the custodial parent “except as otherwise agreed by the parties.” Moreover, this escape clause language was a nullity – the agreement in that particular case did not designate a school, nor a means of resolving disputes, it provided, in essence, for an unenforceable “agreement to agree.” Griffin.2Griffin v Griffin, 699 P.2d 407, 409 (Colo. 1985). And trying to enforce an “agreement to agree” in the face of the parents’ demonstrated inability to agree would be contrary to the child’s best interests, as it would expose him to further discord, hostility and insecurity.

Reasoning why the trial court could not intervene in the choice of school:

“Moreover, the court is not in a position to enforce this agreement by substituting its choice of schools for that of the parents. The court, a stranger to both child and parents, is ill-equipped to understand and act upon the needs of the child.

Courts are not so constituted as to be able to regulate the details of a child’s upbringing. It exhausts the imagination to speculate on the difficulties to which they would subject themselves were they to enter the home or the school or the playground and undertake to exercise on all occasions the authority which one party or the other would be bound to ascribe to them. Considerations of the most practical kind, therefore, dictate that in these cases the duty of attending to the details of the child’s rearing be delegated to a custodian.”

While Griffin was the Colorado Supreme Court’s last word on the issue, the problem is that it was based upon old law. So while the Court’s reasoning that judges were not in a position to make such decisions may still be applicable today, the statute provided the court with an easy resolution – the custodial parent makes the decision. Today’s parenting disputes, with joint decision-making, are not so easily resolved, and without a fallback parent, a court cannot so easily dismiss a school selection case.

Twenty-one years after Griffin, and after statutory changes which removed reference to “custodial parent”, the Colorado Court of Appeals considered a joint decision-making stalemate again, albeit not in a fight over school choice, although the reasoning would also apply to education.

In Dauwe,4In re: Marriage of Dauwe, 148 P.3d 282 (Colo.App. 2006). the trial court ordered equal parenting time and joint decision-making, except that it gave the mother the authority to enroll the children in family therapy. The court also ordered a parenting coordinator (PC) appointed, giving the parenting coordinator arbitration authority with the parties consenting.

The father appealed, and the appellate court reversed, finding that a trial court could properly appoint a parenting coordinator, but without both parents consenting, the PC’s role was limited to working with the parents to develop communications, provide resources and assist them to resolve differences, and could not arbitrate disputes.

Pertinent to this post, the Court of Appeals found a court could properly make a decision (in this case, ordering therapy) when parents were at a stalemate:

The court then discussed the evidence in support of therapy, and found that the trial court’s order regarding family therapy was supported by the evidence. Although Dauwe concerned the parents disagreeing over a therapist, the same rationale (the judge can decide) would apply to a school selection, or any other impasse parents may have on a major decision.

Curiously, the Dauwe court did not even reference the earlier Griffin decision, much less provide an analysis as to why it was allowing a trial court to order therapy while in Griffin, the Colorado Supreme Court took pains to point out how ill-equipped trial judges were to intervene in major decisions.

Moreover, in Dauwe, the trial court appears to have authorized the mother to enroll in family therapy, but did not explicitly order that the therapy occur, so perhaps there is a distinction because the court is really awarding one parent sole decision-making on that one issue, rather than making the decision itself? This is my own attempt to reconcile the two cases, however.

The big news which prompted this blog post is that the Colorado Supreme Court has just taken the rare step of assuming original jurisdiction over a family law issue, pursuant to Colo. R. App. P. 21, without waiting for the issue to go through normal appellate channels. In Flores,6In re: Marriage of Flores, 21SA260 per the Supreme Court website:

“on September 1, 2021, the Supreme Court issued a rule to show cause why the district court did not err in affirming the magistrate’s order denying the petitioner’s emergency motion to enroll his children in school. The respondents are directed to file a written answer on or before September 28, 2021. The petitioner has 21 days from receipt of the answer within which to reply.” (The case announcement is here, but no actual pleadings/documents are available).

The specific issue the Court will consider is whether a trial judge has the authority to resolve a dispute in the children’s best interests where parents who have been awarded joint decision-making are unable to reach an agreement on a major decision.

I anticipate divorced parents will at last have some guidance on the school choice issue this fall, and regardless of outcome, the family law community will welcome clarity. I’ll write an update in this space once we have a decision.

ADDENDUM: On September 16, 2021, the Colorado Court of Appeals issued a decision in a school choice case. In Thomas,7In re: Marriage of Thomas, 2021 COA 123. the Court held that when parents who share joint decision-making were unable to agree on the selection of a school, the Dauwe decision above controls, and not Griffin, so the trial court should step in and make the decision instead. This is now the law of the land in Colorado, at least until we have a decision from the state Supreme Court in Flores.

For a full discussion of Thomas, see our brand-new blog post on major decision-making disputes.