Indian Child Welfare Act Requirements Only If Reason to Know 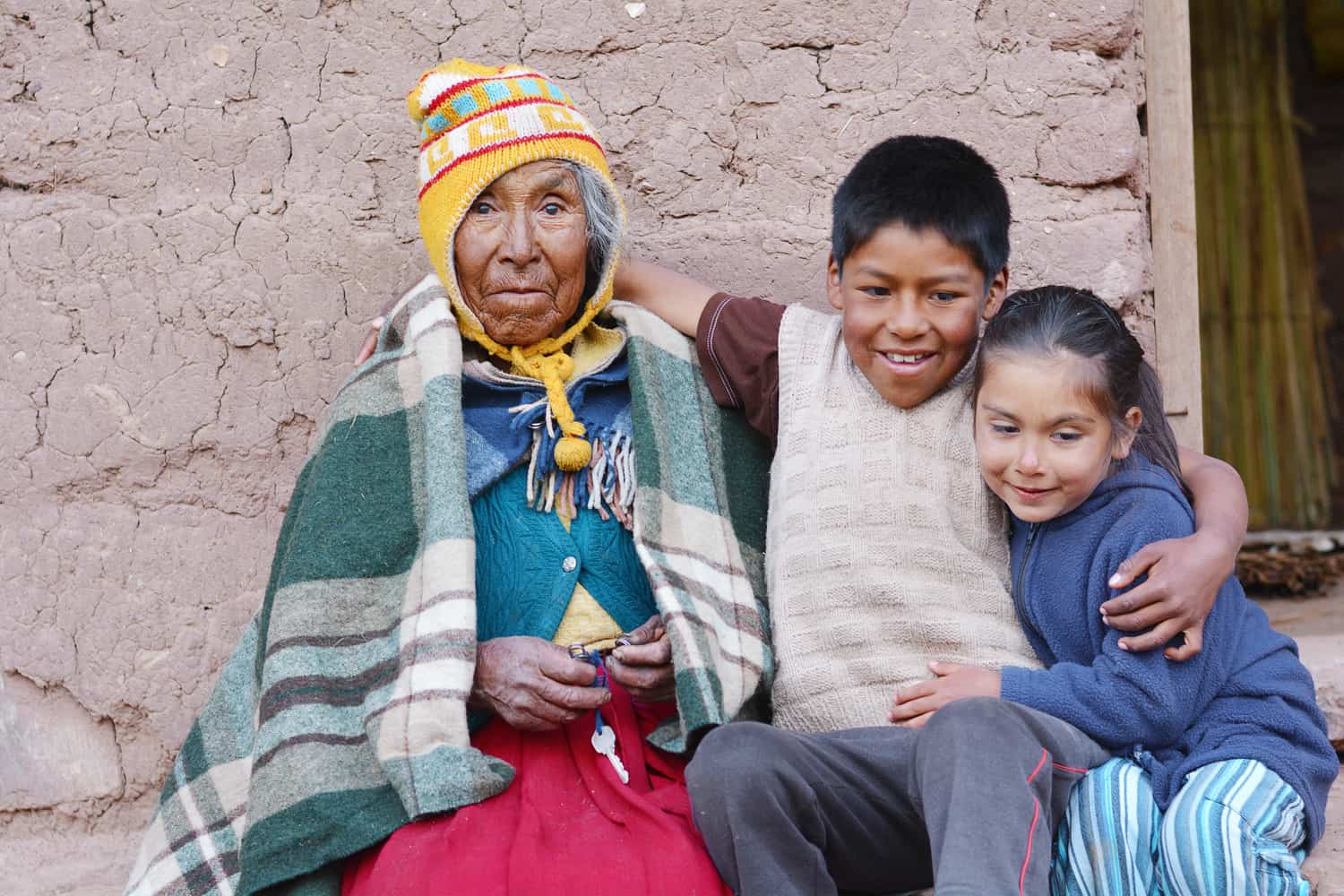 The Colorado Supreme Court rarely issues decisions pertaining to ICWA, or the Indian Child Welfare Act requirements, and as a result, this is only our second blog post on ICWA (the first was back in 2020, pertaining to the applicability of ICWA to adoption cases).

A brand new decision, E.A.M., interprets when the court has “reason to know” of a child’s tribal eligibility to trigger the Indian Child Welfare Act’s notice requirements, before terminating a parent’s rights in a Dependency & Neglect (D&N) proceeding.

In E.A.M., the mother had advised the court she had possible Sioux and Apache heritage, but was not enrolled in either tribe. And in other D&N cases involving the mother, both tribes had been contacted but either did not respond, or responded that the child was not eligible for membership, so ICWA was not applicable.

The trial court determined it did not have reason to know the child was Indian, but instead directed the Department of Human Services (DHS) to exercise due diligence to investigate the child’s potential tribal eligibility.

The court decision sets out DHS’s extensive efforts for this investigation in ¶ 32 – in short, the mother’s extended family gave information which was either vague, referenced completely different potential tribes, or outright denied any tribal connections. DHS determined that these vague assertions fell short of ICWA’s “reason to know” requirements, so did not notify the tribes identified.

Faced with this information from DHS, the trial court agreed that DHS had exercised the required due diligence, and that the Indian Child Welfare Act requirements did not require tribal notification. The court proceeded with the dependency and neglect hearing, and terminated the mother’s parental rights.

The mother appealed, asserting that the court did not comply with ICWA by not ensuring DHS had provided notice to the tribes that she had identified as part of the child’s heritage. DHS responded that the mother’s information did not give the court “reason to know” that the child was an Indian child, but merely triggered the due diligence requirement, which DHS’s investigation complied with.

The U.S. has a long history of separating Native American children from their families or tribes, as highlighted in one of the Congressional findings within the Indian Child Welfare Act, or ICWA:

ICWA was intended to reduce the chances of this happening by ensuring that the tribes received notice of court proceedings which could affect Indian children who were members or eligible to be members of the tribe. ICWA recognizes that Indian tribes have a separate interest in Indian children from parental interests. ¶ 9, and therefore gives them the right to intervene in child custody proceedings involving an Indian child.

Quoting from an earlier state court decision, ICWA “recognizes that Indian tribes have a separate interest in Indian children, distinct from, but equivalent to, parental interests.”

ICWA requires that the party seeking placement or termination of parental rights (i.e. DHS) notify the appropriate both the parent and the tribe in “involuntary proceeding in a State court, where the court knows or has reason to know that an Indian child is involved” 25 U.S. Code § 1912(a) (Emphasis added).

The emphasized language above is what was litigated in the E.A.M. case – when does a court have “reason to know that an Indian child is involved?” Federal law again provides some guidance – it’s when a party, agency or tribe “informs the court that it has discovered information indicating the child is an Indian child.” 25 C.F.R. § 23.107(c)(2).

Colorado’s statute enacted to comply with ICWA then requires the petitioning party seeking to remove the child to exercise “due diligence” to ascertain Native American status:

Mere Assertion of Indian Heritage Not Give Court “Reason to Know”

The problem is that courts may receive unspecified claims of Indian heritage without specific information to allow them to flesh out the details.

“We hold that mere assertions of a child’s Indian heritage (including those that specify a tribe or multiple tribes by name), without more, are not enough to give a juvenile court “reason to know” that the child is an Indian child. Instead, such assertions trigger the due diligence requirement in section 19-1-126(3).”

The problem is that each tribe has its own standards for membership eligibility, so “a court may not possess the ability to discern membership or eligibility for membership in a particular tribe without a tribal determination.” E.A.M., ¶ 15.

Statutory Standard for “Reason to Know”

Colorado’s statute incorporated the federal standards by providing six “reason-to-know” factors in C.R.S. 19-1-126(1)(a)(II), specifically that the court is informed:

Being informed that the child may have Indian heritage, triggers the due diligence requirement from C.R.S. 19-1-126(3) above.

Courts typically interpret statutes to ensure the terms are harmoniously applied and to avoid interpretations which would render parts of the statute “superfluous”. E.A.M., ¶ 40.

Not so with ICWA:

“But in cases involving Indian law, we have acknowledged that standard principles of statutory construction do not have their usual force. Instead, in matters of Indian law, statutes are to be construed liberally in favor of the Indians, with ambiguous provisions interpreted to their benefit. This canon of construction is rooted in the unique trust relationship between the United States and the Indians.”

“Information Indicating that the Child is an Indian Child”

All parties agreed that the first, and third through sixth factors above on “reason to know” did not apply, leaving just the second factor at issue in the appeal, whether a participant, tribe or agency that it has “discovered information indicating that the child is an Indian child.”

The Colorado Supreme Court interpreted this provision to be more than mere speculation:

Merely being told that some of the child’s relatives, including the mother, believed that they may have Indian ancestors is not sufficient to trigger this factor. Native American ancestry alone is not sufficient to trigger the tribal notice requirements – instead, they apply based upon the child’s “political ties to a federally recognized Indian tribe” based upon the membership of the child or parents. ¶ 48.

Reason to Know vs Reason to Believe Indian Child

The E.A.M. court distinguished its holding from an older Colorado Supreme Court decision, B.H., which suggested that lineage alone may be adequate to trigger the ICWA’s notice requirements, because the B.H. decision was issued in 2006 and was based non-binding guidelines from 1979 which used the term “reason to believe”, not “reason to know” as is used in the current federal regulations implementing Indian Child Welfare Act requirements.

“We agree with the divisions in A-J.A.B. and Jay.J.L. that mere assertions of a child’s Indian heritage (including those that specify a tribe or multiple tribes by name), without more, are not enough to give a juvenile court reason to know that the child is an Indian child.”

This “reason to know” standard does not mean the trial court ignores non-specific statements about trial ancestry. As was done in the E.A.M. case, the statute still requires the court to direct the petitioning party to investigate “if the court receives information that the child may have Indian heritage.”

So even information which is vague or unsubstantiated is still acted on with a requirement that the petitioner dig deeper, but if that investigation does not uncover specific information about tribal eligibility, the Indian Child Welfare Act requirements pertaining to Tribal notice do not apply.

To implement the ICWA requirements, Colorado’s child custody forms have a block for the petitioner to fill out explicitly seeking tribal information. Here is an excerpt from paragraph 8 of the JDF 1101 Petition for Dissolution with the ICWA language:

There are two further forms which are then utilized if ICWA is potentially implicated:

Combined, these forms ensure that Colorado courts are complying with the Indian Child Welfare Act Requirements, and fewer eligible children are slipping through the cracks in the system.