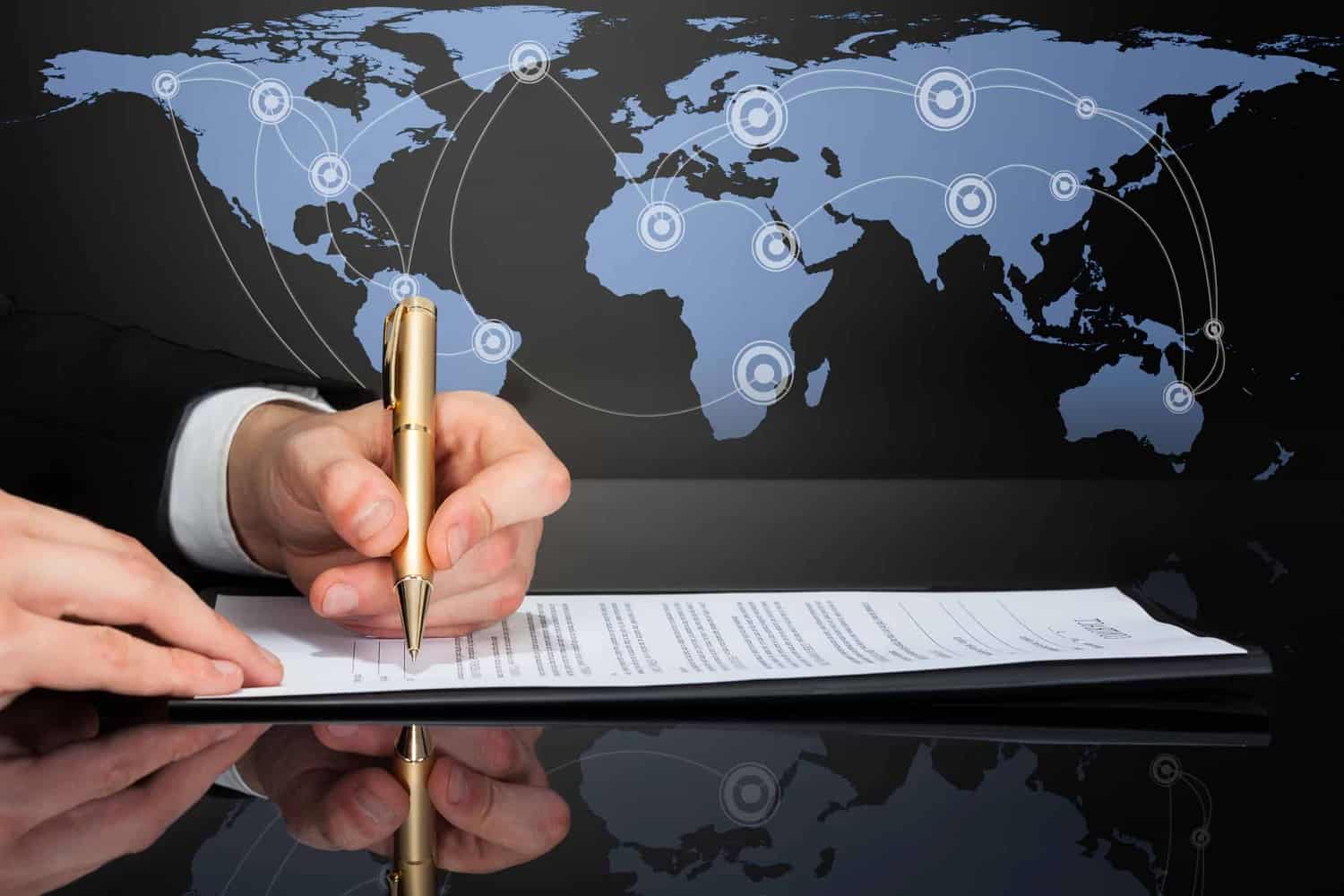 Family law is a state issue, by and large, and international child custody disputes are rare. While there are a few federal statutes which apply to family law, they generally impose obligations on the states, and in turn the states will implement the directives by statute, and state courts will adjudicate disputes based upon the laws.

Three areas which come to mind where the Supreme Court does weigh in from time to time are (1) division of military retirement, (2) the Indian Child Welfare Act, and (3) international child custody disputes – i.e. when a case pertains to our obligations under international treaties, such as the Hague Convention.

But these cases are few and far between, so when SCOTUS does issue a ruling pertaining to family law, people pay attention, because it will be binding on the entire country, and probably won’t happen for another 2-3 years. ADDENDUM – Sure enough, two years later, on 6/15/22, the Supreme Court issued another international child custody ruling, this time on how to apply the “grave risk” exception to the requirement of returning a child to his country of habitual residence. See our blog post for a full discussion of the Golan case.

Under the Supremacy Clause ((Article VI, Clause 2) of the Constitution, state laws are subservient to both federal law and treaties:

This week, we received one of those rare U.S. Supreme Court international child custody rulings that we have to pay attention to, in a case involving the Hague Convention on the Civil Aspects of International Child Abduction (click here for text of treaty).

What is the Hague Convention on Child Abduction?

There are an awful lot of treaties signed in the Hague, and not just because diplomats like to visit the Netherlands. Most of the world, including the United States, belongs to the Hague Conference on International Private Law, and periodically they will negotiate treaties to streamline international justice.

Simplistically, the Hague Convention can be thought of as the international child custody version of the Uniform Child Custody & Jurisdiction Enforcement Act which, within the U.S., determines which state has jurisdiction over child custody issues.

A full discussion of the treaty is beyond the scope of this post, but for purposes of the new Supreme Court decision, the Hague Convention provides for the prompt return of children under age 16 who have been abducted from, or wrongfully withheld from, their “country of habitual residence” in breach of another person’s custody rights.

The specific international child custody issue facing the Supreme Court in Monasky1Monasky v Taglieri, 589 U.S. ___ , 140 S.Ct. 719 (2020). was whether Italy or the U.S. was the “habitual residence” of an infant brought by her mother from Italy to the United States. The mother had argued that while the parents had lived in Italy, they had never actually agreed Italy would be their home, so therefore Italy was not the child’s “habitual residence.”

In Monasky, a couple who had married in the U.S. subsequently moved to Italy, where their child was born in February 2015. The mother had been unhappy in Italy, alleging an abusive relationship, and was exploring returning to the U.S. In April 2015, the mother moved to Ohio with the two month-old child.

The father quickly obtained an order from an Italian court terminating the mother’s custodial rights, and in May 2015 asked a U.S. District Court in Ohio to order the child’s return to Italy. The district court ordered the child returned to Italy, finding that Italy was the child’s habitual residence based upon “shared parental intent”, because the parents had planned on living in Italy with the child without returning to the U.S.

The Sixth Circuit Court of Appeals upheld the trial court, and the U.S. Supreme Court granted cert to “clarify the standard for habitual residence, an important question of federal and international law.”

What Is A Child’s “Habitual Residence” For International Child Custody Purposes?

The mother in Monasky argued that a child’s “habitual residence” is not merely where a child lives, but can only be established by agreement between the parents. The Supreme Court rejected this argument, finding not only that the mother could not cite a single country which had adopted her interpretation, but that the proposed

“actual-agreement requirement is not only unsupported by the Convention’s text and inconsistent with the leeway and international harmony the Convention demands; her proposal would thwart the Convention’s ‘objects and purposes.’ An actual-agreement requirement would enable a parent, by withholding agreement, unilaterally to block any findings of habitual residence for an infant. If adopted, the requirement would undermine the Convention’s aim to stop unilateral decisions to remove children across international borders. Moreover, when parents’ relations are acrimonious, as if often the case in controversies arising under the Convention, agreement can hardly be expected. In short, as the Court of Appeals observed below, ‘[mother]’s approach would create a presumption of no habitual residence for infants, leaving the population most vulnerable to abduction the least protected.”

Quoting from the explanatory report which accompanied the convention, the Court found that the determination of habitual residence for international child custody purposes is not black & white, but is a “question of pure fact, differing in that respect from domicile.” The Court also quoted favorably from court decisions in the United Kingdom, Canada and Australia pointing out that the concept of “habitual residence” is fact-based, not a legal inquiry, and the explanatory report refers to the “family and social environment in which [the child’s] life has developed.

The Court provided a list of factors for consideration, such as:

Why is habitual residence important for international child custody disputes? “The aim: to ensure that custody is adjudicated in what is presumptively the most appropriate forum – the country where the child is at home.” However, the Court also recognized that while this inquiry may make sense for older children, for a young child not yet acclimatized to her surroundings, the circumstances of her parents would be relevant.

Finally, while the Court did agree that for an infant, mere physical presence is also not dispositive:

“An infant’s ‘mere physical presence,’ we agree, is not a dispositive indicator of an infant’s habitual residence. But a wide range of facts other than an actual agreement, including facts indicating that the parents have made their home in a particular place, can enable a trier of fact to determine whether an infant’s residence in that place has the quality of being ‘habitual.’”

Noting that the Hague Convention has a mechanism to guard children from domestic violence, the Court did not discount the significance of domestic violence in an international child custody dispute, but held that it may affect the outcome of a custody case, not where the case is held: “domestic violence should be an issue fully explored in the custody adjudication upon the child’s return.”

The Monasky decision was unanimous, and shut down the mother’s attempts to have an American court adjudicate child custody.  But Monasky was purely procedural; the Supreme Court did find that the father, or the mother, should have custody. The Court merely determined that this particular international child custody dispute was an issue for the courts in Italy to decide, not the United States.

The mother still has the opportunity to make her case for custody in Italian courts, but practically speaking she likely faces long odds. She will have to litigate custody in a court which has already terminated her parental rights, and is unlikely to regard favorably the mother’s attempts to keep the child from Italy for several years.

The takeaway – under this international child custody treaty, once a child is born, a parent cannot unilaterally change her residence, and must instead seek a custody order from the court where the child is then residing.