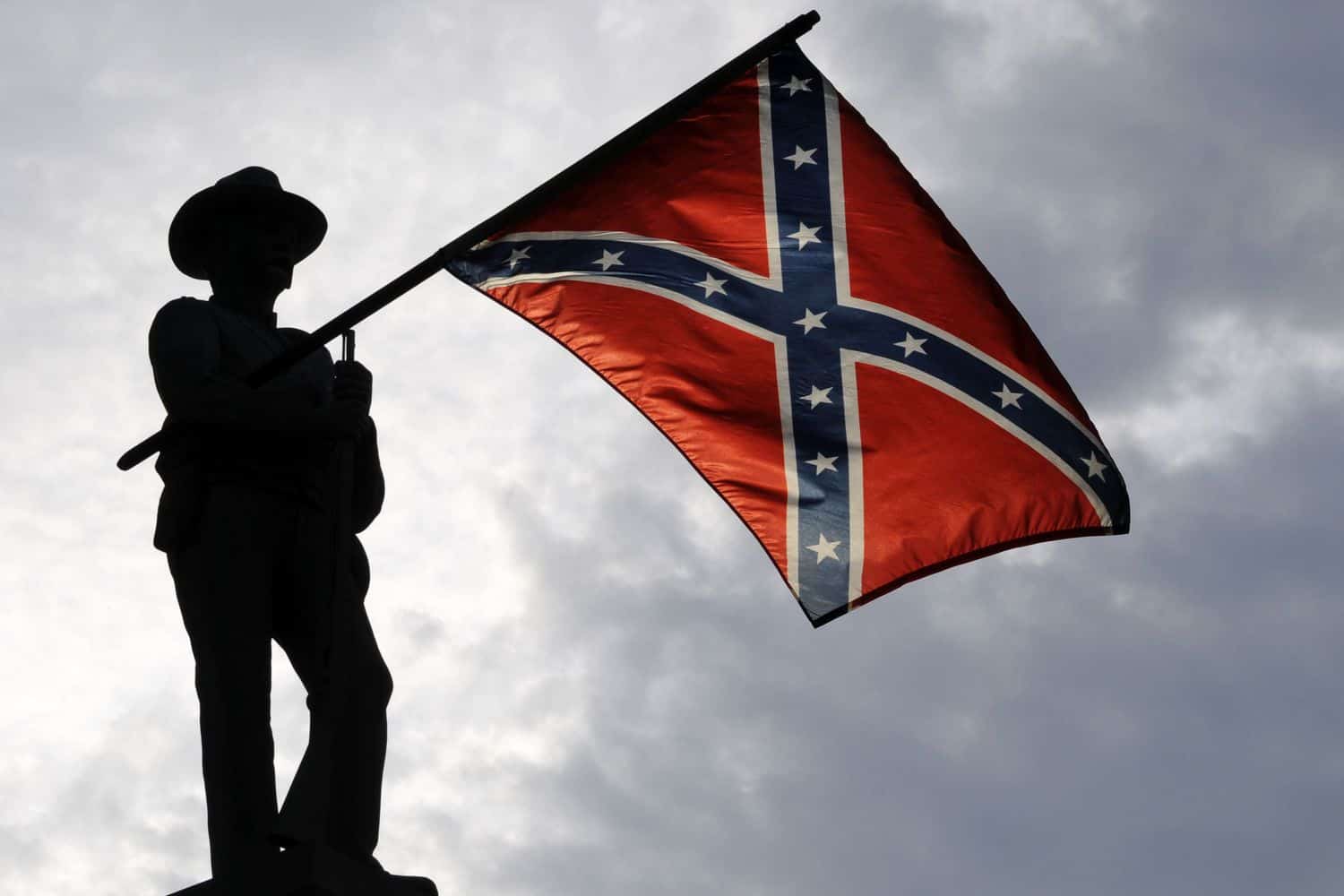 Being a Nazi will hurt your child custody case, but how about having Confederate memorabilia? This is a highly charged issue I am not wanting to tread into, but since there is a real family law case garnering national attention, it is worthy of mention.

Several years ago there was a highly publicized case where a parent lost custody of his children in part due to being a neo-Nazi. Heath Campbell had 8 children from 4 different women, was unemployed and living on government assistance, and allegedly physically abused his children and their mothers. But what caused him notoriety, and to lose custody over his children, was the fact that he was a neo-Nazi, who gave his children Nazi and white supremacist names.

Mr. Campbell did not help his child custody case when he showed up to the child custody hearing complete with Nazi attire, swastikas, and Nazi tattoos. The court did not buy his constitutional arguments, and ordered the children kept away from him. The Blues Brothers said it best: “I hate Illinois Nazis.” It’s hard to find too many people sympathetic to a neo-Nazi white supremacist’s arguments against losing custody of his children.

But the thing with precedents is that they can be expanded… Fast forward several years, and as our society has changed, in many places the Confederate flag is no longer regarded as the nostalgic emblem from the Dukes of Hazzard, but is itself often seen as a symbol of white supremacy and the KKK. So it was probably inevitable that as the flag comes under fire in society, it will also be an issue in family law.

As reported by the Washington Post and other media, a mother in upstate New York has been given an ultimatum – get rid of a Confederate flag-painted rock, or risk losing custody of her daughter.

The mother and father, unmarried parents, shared joint custody and equal parenting time over a young, mixed-race child. The mother, identified only as Christie BB, sought to become the majority parent, and while the trial judge denied that request, keeping equal parenting time, the court did order that the mother’s residence shall be used for school purposes.

During the custody hearing, the parties made various allegations against one-another, and there were concerns about the child acting out violently against other kids. And the mother has a Confederate flag-painted rock in her yard, but denied using any racial slurs. The trial judge focused on these other concerns, and did not address the issue of the rock. And as such, the opinion is devoid of facts explaining the rock, or of the mother’s political or racial views.

“Finally, although not addressed by Family Court or the attorney for the child, the mother’s testimony at the hearing, as well as an exhibit admitted into evidence, reveal that she has a small confederate flag painted on a rock near her driveway. Given that the child is of mixed race, it would seem apparent that the presence of the flag is not in the child’s best interests, as the mother must encourage and teach the child to embrace her mixed race identity, rather than thrust her into a world that only makes sense through the tortured lens of cognitive dissonance. Further, and viewed pragmatically, the presence of the confederate flag is a symbol inflaming the already strained relationship between the parties. As such, while recognizing that the First Amendment protects the mother’s right to display the flag, if it is not removed by June 1, 2021, its continued presence shall constitute a change in circumstances and Family Court shall factor this into any future best interests analysis.”

A couple of takeaways from the Christie BB case to note. First, the appellate division did not actually take away the mother’s custody, despite the sensationalist headlines that the mother has to choose between the flag or her child. Instead, the court simply held that the presence of the flag is a “change in circumstances” the family law just is required to consider as part of any future custody proceeding. So the trial judge could find that the flag is bad for the child and if not removed, then the father has primary custody, or the trial judge could find that, on balance, the mother is still the “better” home for school purposes, despite the flag.

And the second takeaway is that this opinion appears very specific to both this particular child, and the impact the flag has on the other parent, who presumably is non-white. So Christie BB is not a condemnation of the Confederate flag in general, but instead holds that because this child being mixed race makes the presence of the Confederate flag against her best interests. So the outcome would likely be different if the child were not mixed race.

Child Custody vs Freedom of Speech vs Confederate Flag vs…

One of my favorite libertarian commentators, Prof. Eugene Volokh, disagrees with this decision, focusing on the parent’s liberty, not the impact on the child:

“I think such restrictions on parents’ political or religious speech—including courts factoring the parents’ speech into a best-interests-of-the-child analysis—generally violate the First Amendment… And of course there’s nothing constitutionally special about Confederate flags: If courts can pressure parents to stop displaying such symbols, they can pressure parents to likewise stop conveying any other political messages that the court conjectures will be indirectly harmful to the child or inflaming to the other parent.”

As we have noted in our blog previously, courts do sometimes curtail freedom of speech when they perceive a parent’s exercise of constitutional rights are harming the child’s best interests.

There are no reported cases in Colorado where a parent has lost custody due to extremist views or potentially objectionable emblems, nor have the attorneys at Graham.Law been involved in such a family law case in the past 21 years. The closest we have is a case from 2006 where the Colorado Court of Appeals suggested that a parent’s religious liberty may be curtailed only if that parent harmed the child by exposing him/her to religious teachings which disparaged the other parent. McSoud.2In re: Marriage of McSoud, 141 P.3d 1208 (Colo.App. 2006).