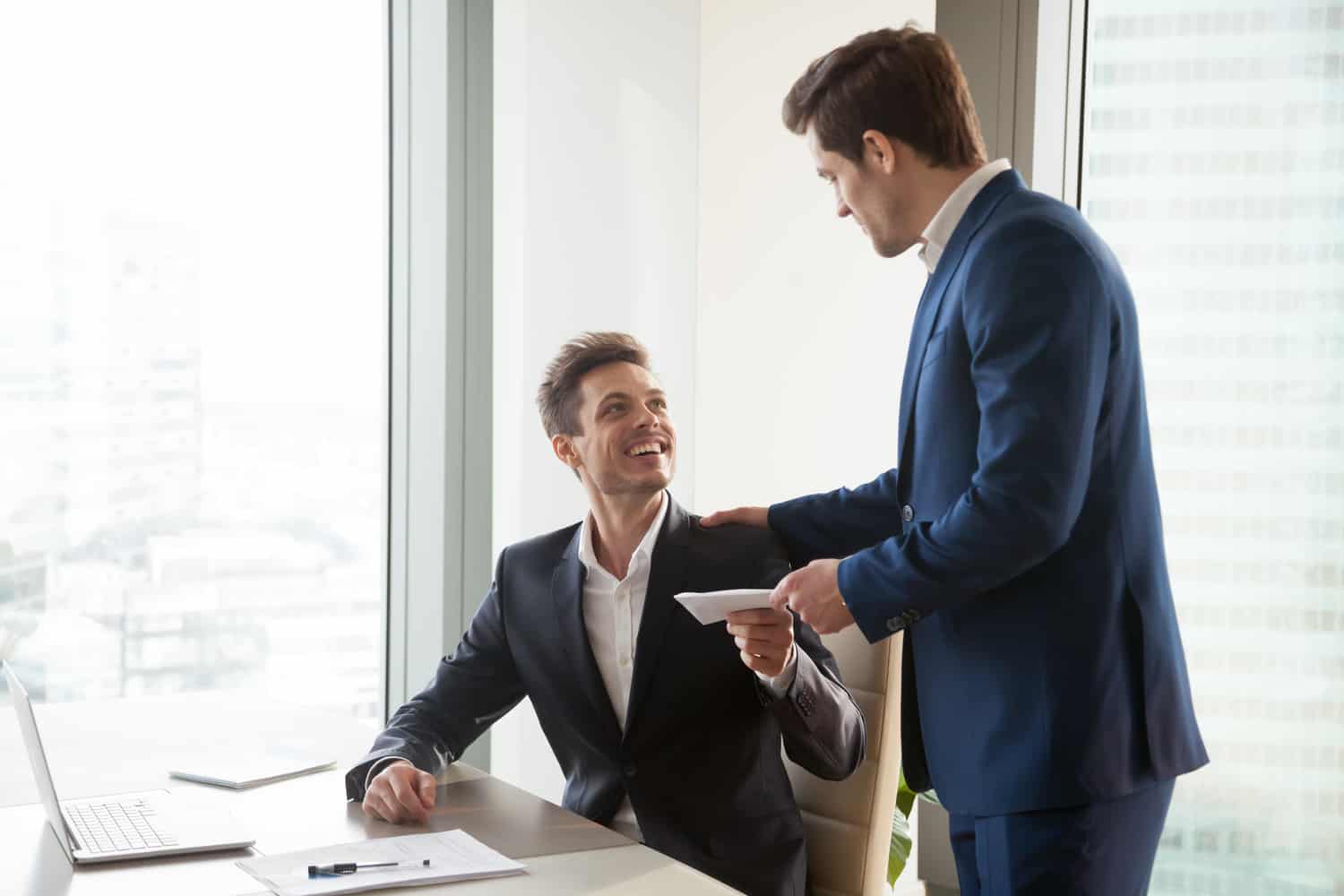 Employment-related incentives is a complicated maze, with bonuses, stock options, deferred compensation, employer matching into retirement plans, etc. Sometimes they count as income, sometimes they don’t. And sometimes they are divisible property, while at other times they are not. The Court of Appeals, in what appears to be a case of first impression, recently held that a spouse’s potential bonus, which (if granted) would have been earned entirely during the marriage, but to which the spouse had no contractual right, was not divisible property.

At the time of the parties’ January dissolution, the wife in Turner1In re: Marriage of Turner, 2022 COA 39. had not yet been notified whether she would be receiving a bonus under her employer’s inventive plans. She did confirm, however, that any potential bonus received would have been for work done during 2020, while the parties were still married. While most employees were eligible for a bonus, it was only a potential bonus, and was not guaranteed. The terms of the two potential bonuses at issue gave the wife’s employer”

Though the wife had received the AIP bonus every year since 2010, and the SIP bonus every year since 2010 but one, her employer confirmed that the receipt of past bonuses was not an indication of any future payment, and even if the conditions for a bonus were satisfied, the employer still retained discretion to deny the bonus. The employer expected to consider whether to award bonuses for 2020 about six weeks after the hearing.

The trial court found that since the wife had no contractual right to a potential bonus, they were not divisible marital property, notwithstanding the fact that any bonus ultimately awarded would have been for work performed during the marriage. However, the court did include the potential bonuses as income to the wife for purposes of child support. Weeks after the hearing, the wife did, in fact, receive substantial bonuses.

The husband appealed the court’s finding that the potential bonus was not marital property. The Colorado Court of Appeals affirmed the trial court’s ruling.

No Property Interest in Potential Bonus Without Contractual Right

The appellate court first considered the applicable legal standard, articulated in Cardona,2In re: Marriage of Cardona & Castro, 2014 CO 3. concerning whether an employee spouse’s accrued vacation time is a divisible marital asset. In that case, the Colorado Supreme Court held that accrued time off was only a divisible asset if the employee had “an enforceable right to receive payment.” (For a more comprehensive discussion of the Cardona case, see our article Division of Vacation & Sick Time in the Colorado Family Law Guide).

Moreover, the potential bonus was not “earned” during the marriage, as the husband had contented, because “to ‘earn’ the potential bonuses, wife needed to obtain an enforceable right to them.” Turner.4In re: Marriage of Turner, 2022 COA 39, ¶ 16. And despite what the court called the “initial necessary conditions” being met, the employer’s discretion meant the bonus was not guaranteed, and not divisible property:

“Therefore, at the time of the hearing, wife had no enforceable rights concerning these potential bonuses. That is, any bonus wife may receive from her employer was a mere expectancy and not property subject to the court’s division.”

The Court of Appeals distinguished the potential bonus from other earned, but not yet paid, bonuses in cases relied upon by the husband, because in those cases either the bonus had been earned and the amount was known by the time of the hearing, or there was no evidence that the right to a bonus depended upon anything other than the employee’s continued employment.

As I was reading Turner, one thought at the back of my mind was that an unvested pension is still a marital asset, subject to division (see especially division of an unvested military retirement, which takes 20 years to vest, which was held divisible in Hunt.6In re: Marriage of Hunt, 909 P.2d 525 (Colo. 1995). But the Turner court was not persuaded that such cases were on point, again pointing out that merely requiring continued employment does not make an unvested interest speculative, and that “for the most part, the… uncertainty of the spouse’s receipt of pension benefits is in the control of the employee spouse.” Hunt.7In re: Marriage of Hunt, 909 P.2d 525, 536 (Colo. 1995).

Similarly, the fact that a personal injury award may only be a potential cause of action at the time of dissolution, and is speculative in that the injured spouse may not recover any damages, does not make such a potential PI award non-divisible, because unlike personal injury, “Our supreme court has directed, however, that a court’s determination of whether a spouse’s interest in an employment-related benefit constitutes property focuses on a spouse’s enforceable rights to the interest.” Turner.8In re: Marriage of Turner, 2022 COA 39, ¶ 24.

The takeaway? Beyond the somewhat candid admission that this is the rule “because the Supreme Court said so”, it is hard to discern a principled reason why an employee’s potential bonus is not divisible, but an employee’s earned but unvested pension or a spouse’s potential personal injury award are divisible – neither of them appears any less speculative than the potential bonus in this case, earned during the marriage, but which the court of appeals found was too speculative to divide simply because the spouse had no contractual right to it.