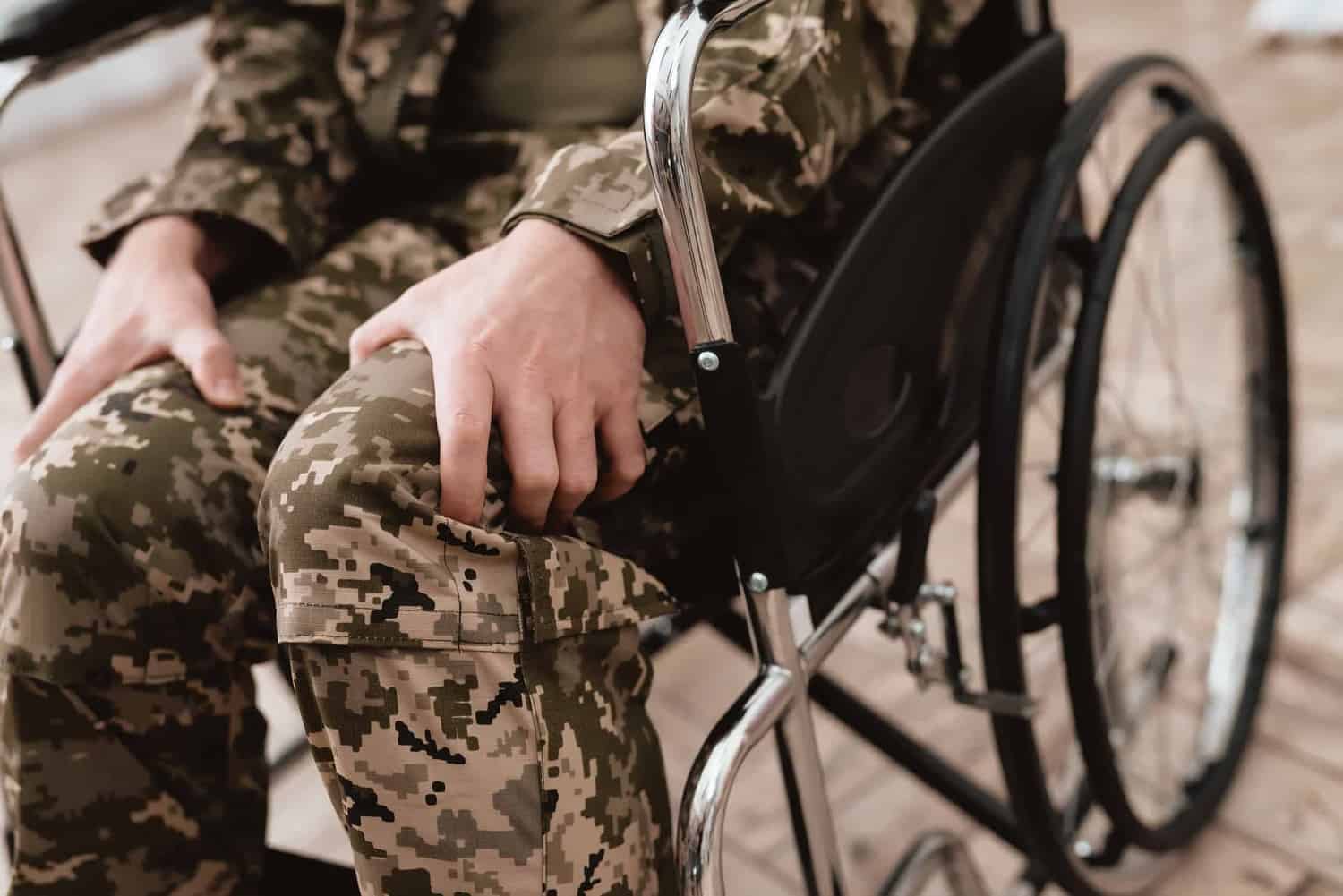 VA disability and divorce – two words which do not go well together, at least judging by the extensive litigation for decades about the extent of state court authority over the disability benefits.

In 2017, the U.S. Supreme Court unanimously held that, because federal law prohibits state courts from dividing VA disability payments in a divorce, states are similarly prohibited from ordering retirees to indemnify former spouses when those disability payments result in a waiver of military retirement (aka a “VA Waiver”). Howell. For a comprehensive discussion of VA disability and the VA waiver, see our article “VA Disability in a Divorce” in the Military Divorce Guide.

Orders to indemnify which were common prior to Howell are now gone. But the question left unanswered by Howell and the VA disability and divorce decisions which followed is whether Howell applies retroactively to indemnity orders issued prior to that decision.

And now the Colorado Court of Appeals, in an unpublished VA disability and divorce decision, has held that Howell applies retroactively to indemnity for a VA waiver of retirement. In Fisher, the wife was awarded a 37% share of the husband’s military retirement at dissolution in 1997.

Later that year, the husband began receiving veterans administration disability payments, resulting in a VA waiver of a portion of his military retirement. He did not repay the wife for the reduction in the retirement payments to her as a result of the VA waiver, and in 2014 the trial court granted the wife’s motion for indemnity to enforce the retirement division.

The husband still did not pay the indemnity ordered, and in 2017 the trial judge granted the wife’s motion for a $62,000 judgment against the husband for the missing indemnity. In 2018, after the wife sought to enforce the judgment, the husband submitted a pro se letter objecting, and in 2020, he finally retained counsel and moved to set aside the 2017 judgment as a violation of Howell.

The trial court granted the husband’s motion, setting aside the order, and the wife appealed. The Court of Appeals upheld the trial court’s order, in a ruling which has potentially major implications for thousands of VA disability and divorce cases in Colorado.

No Deadline for Motion when Order to Indemnify is Void

The first issue in Fisher was whether or not Howell voided pre-existing indemnity orders for a VA disability waiver, or simply rendered those orders erroneous under the changed law. This may seem a hyper-technical distinction, but it is an important one.

Normally, under Colo. R. Civ. P. 60(b), a motion to set aside a judgment must be made within a “reasonable time” and given that the husband waited almost three years from the date of the judgment to filing his motion, he likely did not satisfy that requirement (see our Colorado Family Law Guide article for more information on the grounds and deadlines for modifying a property settlement).

However, “a judgment that is void for lack of subject matter jurisdiction may be challenged at any time.” Fisher, ¶ 9. This means, in effect, that there is no deadline for a party to file a motion alleging that an order should be set aside as void pursuant to Colo. R. Civ. P. 60(b)(3).

The Court of Appeals rejected the wife’s argument that the indemnity order was merely erroneous, as opposed to void:

“Thus, Howell holds that state courts are “completely” preempted from dividing such waived retirement benefits and from ordering a spouse to reimburse or indemnify the other spouse for the waived benefits….

Because an order dividing military disability benefits or requiring indemnification or reimbursement for waived retirement benefits is preempted by federal law, a state court lacks subject matter jurisdiction to enter or enforce such an order.”

The Uniformed Services Former Spouses Protection Act (USFSPA) limits how states may divide military retirements upon divorce. While some states view this as a mere limitation, which means challenges must be timely, Colorado has long held that the USFSPA limits the court’s subject matter jurisdiction.

OK, so an order to indemnify for a VA waiver is void. Does that mean a military retiree can set aside the judgment years later, simply because of court decisions issued years after the divorce? In other words, does Howell apply retroactively to VA disability and divorce decisions?

The Fisher court held that Howell‘s prohibition on indemnity for a VA waiver does apply retroactively to orders issued before Howell:

“Even if Howell changed Colorado law, however, because it constitutes a controlling interpretation of federal law, it applies retroactively. See Harper v. Va. Dep’t of Tax’n, 509 U.S. 86, 97 (1993) (“When this Court applies a rule of federal law to the parties before it, that rule is the controlling interpretation of federal law and must be given full retroactive effect in all cases still open on direct review and as to all events, regardless of whether such events predate or postdate our announcement of the rule.”)”

So what is the future of VA disability and divorce, particularly the VA waiver? If you are a retiree or former spouse in a divorce which has a pre-Howell indemnity order for a VA waiver, is that order now void?

First, it is worth noting that Fisher was not a published decision. So while it is binding on the specific litigants involved in the case, it’s not binding precedent on trial courts throughout Colorado. Instead, it is persuasive authority, much like an out-of-state decision. Patterson. So a military retiree who is paying indemnity for a VA waiver to a former spouse based upon an older order cannot simply count on Fisher and decide the order is void and need not be followed, unless he really doesn’t mind facing contempt of court charges.

If a retiree files a motion to set aside an indemnity order, relying upon Fisher, and if the court follows that decision, then it appears certain the trial court would be required to cancel any future indemnity payments owing.

But this being VA disability and divorce, nothing is simple. What happens to the indemnity payments already made, potentially for years? While enforcement of judgments is outside my area of expertise, in Fisher the court set aside 20 years of indemnity payments. However, in that case the payments had not yet been collected, so with the stroke of a pen, the court could void the outstanding judgment and declare that no money should change hands.

But Fisher does not explicitly limit its ruling to indemnity judgments which are still outstanding – although a potentially plausible interpretation of Fisher is that it only voids outstanding judgments by rendering them void when a former spouse tries to enforce them. However, if an order is void, and therefore no VA waiver indemnity should have been ordered, there does not seem to be a principled reason why Fisher should only reward retirees who violated indemnity orders by setting aside the outstanding indemnity judgments against them, without similarly rewarding the law-abiding retirees who complied with indemnity orders and already paid the judgments.

And that means Fisher arguably provides authority for a retiree who has already paid indemnity to recoup tens of thousands of dollars from the former spouse, leaving the former spouse financially destitute unless she could persuade a judge to deny recoupment on an equitable basis rather than a legal one.

Potentially interesting times lie ahead in the ever-challenging area of VA disability and divorce, as family law attorneys may find themselves litigating indemnity for a VA waiver which was ordered years, or even decades ago.

Can a Spouse Get Your VA Disability in a Divorce?

Under federal law, VA disability payments are not marital property, so a spouse is not entitled to a share of VA benefits in a divorce. A court may, however, treat them as income for purposes of determining family support.

Is VA Disability Considered Income for Alimony in a Divorce?

Yes. Federal law does not prohibit state courts from treating VA disability payments as income for purposes of calculating alimony or child support. Colorado has long treated VA benefits as income in a divorce.