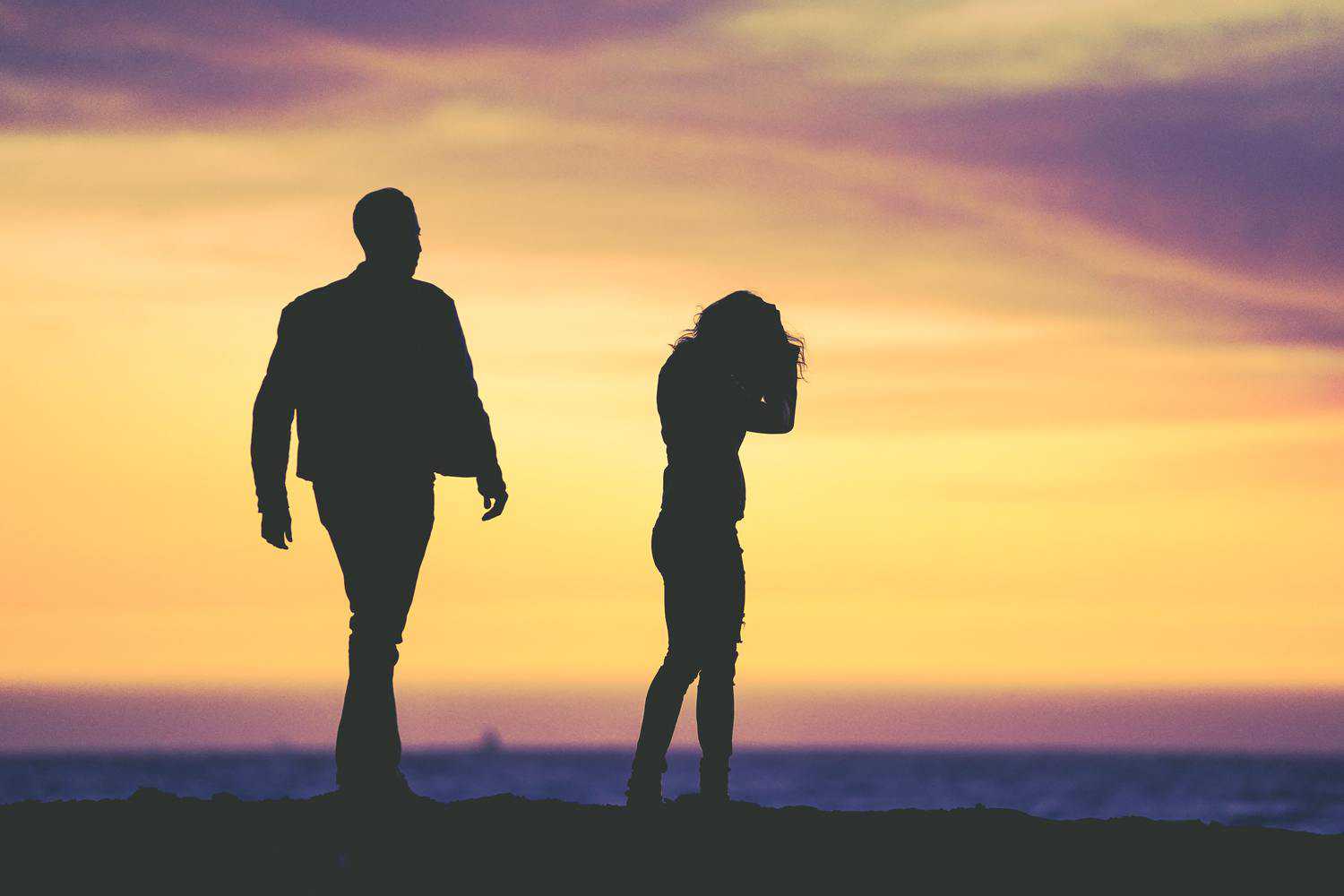 Family law attorneys in Colorado don’t often have cases where there is an issue as to whether a marriage was irretrievably broken. We’ve blogged about the irretrievable breakdown element before, and in my career, I’ve seen probably a dozen times where one spouse tries to dispute the marriage was broken. Every time, without exception, the judge granted the decree, basically telling the parties that it takes two willing spouses to make a marriage, and if one of them wants out, the marriage is broken.

But I’ve never heard of a case where both parties attested to the irretrievable breakdown to get a decree, and then years later one party moved to set aside the agreement, alleging the parties still intended to be married, and never intended to end their marriage. Until now.

A recent Colorado Court of Appeals case, Saltzman,1In re: Marriage of Saltzman (Colo.App. 2021) (Unpublished Decision). deals with this very issue, and serves as a reminder that a finding of an irretrievable breakdown in the marriage is also required for a legal separation, not just a divorce.

In 2009, shortly after the District Attorney’s Office began investigating the wife for misappropriation of $1m, the husband petitioned for legal separation. Ultimately, the parties signed a separation agreement which gave the husband most of the marital assets. The parties presented the agreements to the court, attested that their marriage was “irretrievably broken” in their non-appearance affidavit, and the trial court issued the decree of legal separation, incorporating the separation agreement.

Fast forward seven years to 2016 – the wife filed a motion to set aside the separation agreement, alleging that it was unconscionable. Normally, trying to set aside a property settlement this many years later is a fool’s errand as C.R.S. 14-10-122(1)(a) provides: “The provisions as to property disposition may not be revoked or modified unless the court finds the existence of conditions that justify the reopening of a judgment.” And there is a body of cases stressing how hard such a modification is. For more information about how the law favors finality of property judgments, read the Modification of Property Settlement article in the Colorado Family Law Guide.

However, the wife had a more novel argument for setting aside the decree, which got the court’s attention – she alleged that there was not an irretrievable breakdown in the marriage in 2009, and the couple continued to live together as husband and wife until 2016, when they actually separated. In other words, both parties perpetrated a fraud on the court, which would not be subject to the the normal 182-day deadline to file a motion to set aside the decree.

After a multi-day hearing, the trial court found that in 2009 both parties knowingly misrepresented to the court that their marriage was broken to obtain the decree of legal separation, based upon the the fact that the parties still functioned as a married couple, and:

The trial court further found that the husband’s testimony that there had been an irretrievable breakdown in the marriage when the decree was issued was not credible.

So why falsely claim an irretrievable breakdown and go through the charade of a legal separation? The trial court found “that the parties made their misrepresentation as part of a scheme to protect their assets from potential creditors related to wife’s theft,” and vacated the decree of legal separation. Saltzman.2In re: Marriage of Saltzman, ¶ 5 (Colo.App. 2021) (Unpublished Decision).

Without a proper finding that the marriage was irretrievably broken, there was not a valid decree of legal separation, so the separation agreement adopted in the decree was also set aside. The trial court then divided the marital estate, awarding the wife the lion’s share of the marital estate. The husband appealed.

Colo. R. Civ. P. 60(b) contains the various ways in which a party may seek to set aside a judgment, and most of them have pretty firm deadlines. However, there is a provision buried in the rule: “This Rule does not limit the power of a court: (1) To entertain an independent action to relieve a party from a judgment, order, or proceeding, or (2) to set aside a judgment for fraud upon the court.”

No Deadline When Fraud Upon the Court

Normally, Colo. R. Civ. P. 60(b)(2) requires a party to file a motion alleging fraud within 182 days of the judgement, but that’s for “fraud (whether heretofore denominated intrinsic or extrinsic), misrepresentation, or other misconduct of an adverse party.”

Moreover, citing the Carbajal3Carbajal v. Wells Fargo Bank, N.A., 2020 COA 49, ¶ 17. decision, the Court further held that “a court may set aside a judgment for fraud upon the court at any time.” Saltzman.4In re: Marriage of Saltzman, ¶ 10 (Colo.App. 2021) (Unpublished Decision).

“Fraud Upon the Court” vs Other Fraud

Despite the public’s often poor perception of lawyers, in 30 years of practice I’ve never seen the “fraud upon the court” provision invoked, so I actually had to re-read the rule to find it. And what separates the two types of fraud – what you might think of as ‘garden variety” fraud, which has a 182-day deadline, and “fraud upon the court”, which has no deadline:

“A fraud upon the court is defined by its effect on the judicial process. It involves more than intrinsic fraud or a mere fraud between the parties. It is a fraud that seriously affects the integrity of the normal process of adjudication and interferes with the judicial machinery itself.”

This distinction was important – the husband argued on appeal that the parties’ fraud was “mere perjury”, an intrinsic fraud which was not a fraud upon the court. The Court of Appeals agreed with the trial court’s finding that:

“husband and wife deliberately tampered with the administration of justice and defrauded the court itself in the original action. And it determined that the parties’ deliberate scheme induced the court into issuing the decree of legal separation as part of their plan to shield their assets from creditors. Thus, the record supports the court’s finding that the parties’ conduct was indicative of fraud upon the court.”

Citing C.R.S. 14-10-106(1)(a)(II), the Court noted: “To obtain a decree of legal separation or a decree of dissolution of marriage, the court must find that the marriage is ‘irretrievably broken.'” So what is an irretrievable breakdown?

“An irretrievably broken marriage occurs when the marriage has broken down to the point where it seems improbable that the couple will again resume the relationship of husband and wife.”

The husband argued that the court erred by finding the parties knowingly misrepresented that their marriage was broken, notwithstanding the detailed findings from the trial court. He contends that because a legal separation does not completely terminate the marriage, the court should not have relied upon their post-decree conduct to determine that the parties misrepresented that the marriage was broken.

Interestingly, the court held that the parties’ own belief as to the marriage being broken just one factor for the court to consider, and not binding:

And in this case, the trial court found that the parties themselves did not believe the marriage was broken when the decree of legal separation was granted in 2009. Rather, the parties “colluded with each other,” a finding bolstered by the fact that the parties’ own children testified the husband told them he and the wife were “not splitting apart”, but getting a legal separation to protect their assets from the wife’s criminal case.

No Decree Means No Separation Agreement

A separation agreement is intended “to promote the amicable settlement of disputes between the parties to a marriage attendant upon their separation or the dissolution of their marriage.” C.R.S. 14-10-112(1). We’ve written in this blog previously how Colorado family law courts strictly apply the requirements for a separation agreement, for example that a signed interspousal transfer deed could not be enforced as it was not a valid separation agreement.

The trial court found that the separation agreement was not created in contemplation of the parties’ marital separation, but as a fraud upon the court to preserve their assets, and as such, it should be set aside as it was not a valid agreement per this statutory provision. The Court of Appeals upheld this ruling.

The husband then tried to argue that the wife had “unclean hands” – she cannot participate in a fraud upon the court, and then seek relief from the very fraud which she perpetrated. But the Court of Appeals found that setting aside the separation agreement was not granting equitable relief to the wife, but was enforcing the court’s order invalidating the agreement. Saltzman.9In re: Marriage of Saltzman, ¶ 34 (Colo.App. 2021) (Unpublished Decision) (Cleaned Up).

The balance of the decision addressed each party’s disagreements with the trial court’s decisions on the property division, maintenance and attorney’s fees – and the Court of Appeals denied both parties’ challenges, upholding the trial court in all respects.

The Dissent – Irretrievable Breakdown Claim Not Fraud Upon the Court

Judge Pawar wrote a lengthy dissent to the majority decision, arguing that the wife’s motion was untimely because this was really a fraud upon her (or the third parties they were protecting the assets from), not a fraud upon the court. Read the lengthy discussion at paragraphs 87-92 as to why “fraud upon the court is more than mere fraud”, and the dissent believes this was “mere fraud”.

Since this was not a fraud upon the court, in the eyes of the dissent, the wife’s motion seven years after the decree was untimely. Moreover, since the wife participated in the fraud, tough luck for her:

“I conclude that wife’s attack on the validity of the separation decree — a final judgment — seven years after it entered was not reasonable. The allegations in wife’s motion were all circumstances that were within her knowledge when she executed the separation agreement or shortly thereafter. And she did not allege any recently discovered information that would have explained her delay. Wife simply sat on her objections to the separation agreement for over seven years. Allowing wife to proceed on such an untimely motion conflicts with the compelling need for finality in domestic relations judgments.”

No honor amongst thieves, eh?