Pension and Divorce Miscalculation By Other Side? Tough Luck 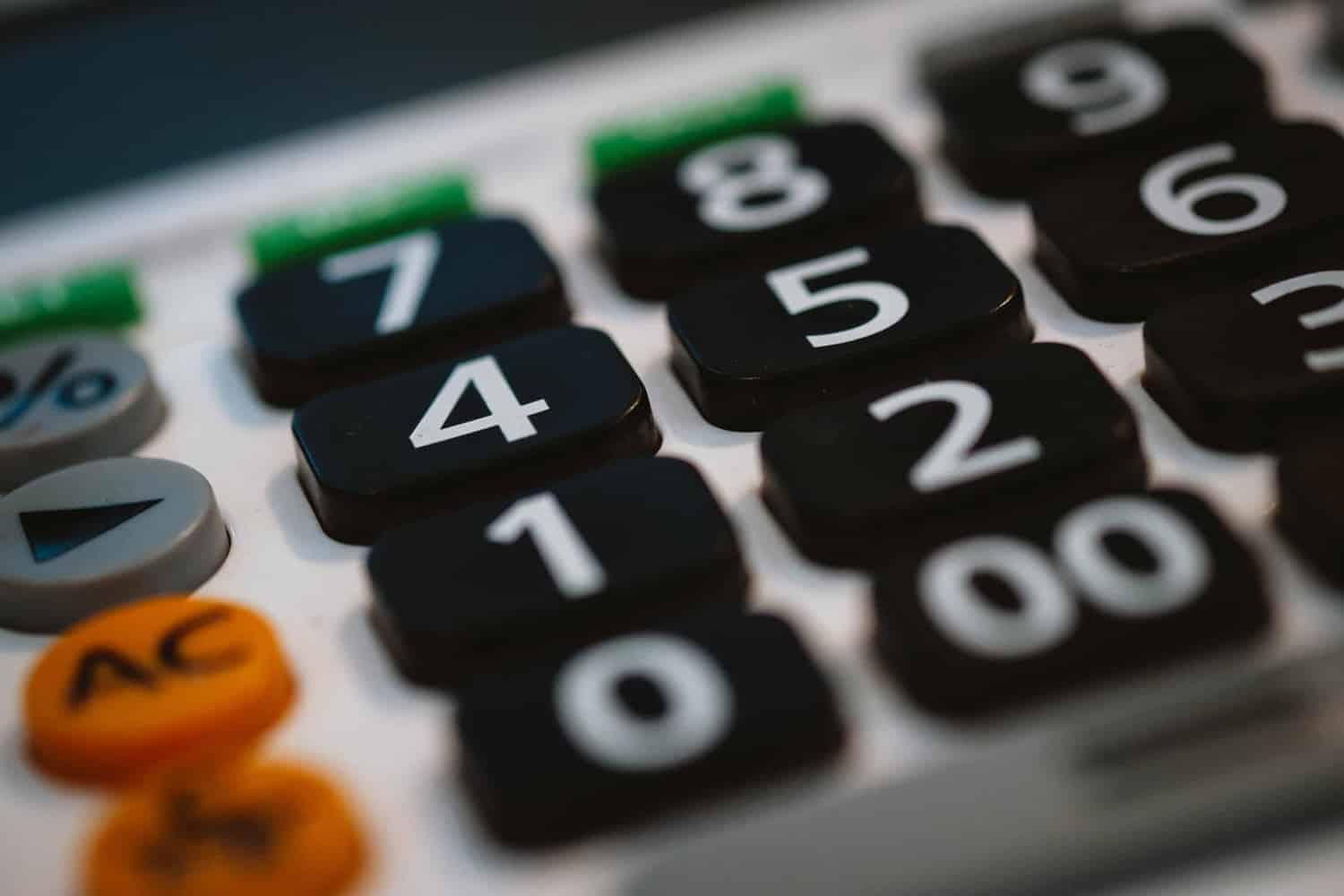 Dividing a pension and divorce – often a retirement is one of the most valuable assets at divorce, and under Colorado’s marital property laws, a pension is subject to division at divorce.

But what happens if there is a miscalculation in the pension at divorce? Normally, retirement account misstatements would be expected to happen with a spouse making a mistake in her own pension calculations/disclosures. Not this time, however.

In a divorce, the spouses have the duty to provide exhaustive financial disclosures to the other. Among them are a sworn financial statement, and the most recent statement from each asset in that spouse’s name, including pensions. For more information, see our Sworn Financial Statement in a Divorce article in the Colorado Family Law Guide. These are known as “16.2” disclosures, named after the section of the Colorado Rules of Civil Procedure requiring them.

And the law also builds-in a 5-year protection period for the aggrieved spouse if the other spouse’s asset disclosures were inaccurate:

“As set forth in this section, it is the duty of parties to an action for decree of dissolution of marriage, legal separation, or invalidity of marriage, to provide full disclosure of all material assets and liabilities. If a disclosure contains a misstatement or omission materially affecting the division of assets or liabilities, any party may file and the court shall consider and rule on a motion seeking to reallocate assets and liabilities based on such a misstatement or omission, provided that the motion is filed within 5 years of the final decree or judgment.”

A new unpublished decision from the Colorado Court of Appeals contains an interesting twist – the husband used this provision to persuade the trial court to reopen the property distribution due to the wife’s miscalculation of her share in his own pension. That’s right – he provided the pension documents, and then the wife’s attorney miscalculated what the wife was owed by overstating it substantially.

In Bradley, the couple was married from 2003 through 2016, although they separated in 2010. They settled most of their case, other than the division of retirement assets, including the husband’s pension at issue.

Calculation of Husband Pension at Dissolution

The wife sought half of the marital portion of the pension at divorce, but only for the 6 or so years the couple lived together (which itself was an unexplained curiosity, as Colorado law provides that the marital estate shall be divided as of the date of the decree, not separation, which would imply 13 years of credit). Specifically, her attorney requested the court award her a 50% share of six years divided by the 17.5 years of total pension the husband had accrued. The husband did not oppose this request, nor the formula.

Neither party requested a representative from the pension system to testify or confirm whether the wife’s proposed formula was consistent with the pension system’s For the sake of simplicity, I’m skipping a lot of the math and calculations, but ultimately the wife’s counsel calculated her share to be $2798/mo. The husband apparently accepted that calculation without complaint, and did not assert it was inaccurate or otherwise appeal it.

Several years later, the husband sought to recalculate the wife’s share of his pension pursuant to the Colo. R. Civ. P. 16.2(e)(10) provision referenced above, on the grounds that the wife’s counsel had “misstated” the formula for calculating his pension at the final orders hearing. And the overstatement was significant – the wife would end up receiving more than half of his entire pension, not just half of the marital portion – an error to her benefit of more than $2000/mo.

Over the wife’s objection, the trial court conducted an evidentiary hearing, where a pension system representative testified that the wife’s counsel had failed to take into consideration a necessary component of the pension calculation – the husband’s age. And when calculated correctly, the wife’s 50% of the marital share of the pension at divorce actually came to just $401/mo, or just one-seventh of the amount awarded to the wife.

Ruling that the wife’s attorney’s “disclosure” of the pension formula was a misstatement which justified reopening the property division, the trial court ordered a new QDRO submitted to the pension for just $401/mo instead of $2798/mo. The wife appealed, and the Court of Appeals reversed.

Miscalculation of Marital Share of Pension Not a “Disclosure”

The appellate court held that the wife’s attorney’s statement as to the pension formula was a “disclosure” as contemplated by section 16.2:

“Although the parties to a dissolution of marriage case must provide each other with broad disclosures, under C.R.C.P. 16.2 and Form 35.1, an attorney’s statement during a hearing or other court proceeding does not substitute for, and is not the equivalent of, a ‘disclosure.'”

Moreover, both parties litigated the value and calculation of the pension at the hearing, and “C.R.C.P. 16.2(e)(10) does not grant a party a second chance to relitigate issues addressed at a permanent orders hearing.” ¶ 27.

The wife’s counsel did not violate any duty he had:

“Third, the disclosure duties that C.R.C.P. 16.2(e) imposes on parties do not include an independent due diligence obligation or a requirement to conduct investigations for the benefit of the other party. Specifically, a party is not required to conduct an investigation to obtain information or documents that, while potentially relevant, are not specified in Form 35.1.”

The rules require that each party disclose “the most recent documents identifying each retirement plan of which a party is a beneficiary, and stating the current value, and the Summary Plan Descriptions.” Both parties did that, but both failed to do “reasonable due diligence” to ascertain the formula, but this was not a violation of the rules of civil procedure.

Finally, the proverbial 800 lb gorilla in the room – the husband was really complaining about his own pension disclosures!

“Significantly, this was husband’s pension. He had the same — if not a superior — obligation to obtain information regarding the valuation and proper calculation of this asset. Husband, who was represented by counsel until three days before the permanent orders hearing, could have secured the testimony of a System representative, reviewed the Department website, or presented his own evidence that would have allowed the court to calculate the marital portion of his pension with the precision to which he now claims he is entitled. C.R.C.P. 16.2(e)(10) cannot rescue husband from the consequences of his own decisions to rely on wife’s attorney’s statement and not present evidence about his own pension.”

The court noted that the husband was really seeking a “do-over” for his own negligence, which was not permitted by the rules:

“In Durie, the supreme court stressed the importance of the finality of dissolution decrees and stated that C.R.C.P. 16.2(e)(10) is not intended to entitle an ex-spouse to ‘the legal equivalent of a mulligan.’ The ‘mulligan’ to which the court referred in Durie is precisely what husband seeks here. Rather than acknowledge that he failed to present evidence that would have allowed the court to calculate the marital value of his pension consistent with the System’s requirements, husband wants a do-over based on information that he could have discovered and presented at the permanent orders hearing. That remedy is not available under C.R.C.P. 16.2(e)(10).”

So ultimately, the wife was entitled to the $2798/mo awarded to her in the original order, and if it was not possible to draft an order giving her that which complied with the pension system’s requirements, then the court must find another way to ensure she received her monthly share.

The takeaway? I’m reminded of the scene in that classic comedy, Animal House, where Otter tells Flounder: “you can’t spend your whole life worrying about your mistakes! You f’d up… you trusted us!”

The husband in Bradley had a duty to verify the calculations pertaining to his own pension, instead of releasing his attorney shortly before trial and then blindly relying upon the opposing counsel’s calculations.

What happens to retirement funds in divorce?

Retirement accounts earned during the marriage are divided as marital property in a divorce. Any portion of the pension which is premarital is set aside as the separate property of the spouse who earned it.

How is pension calculated in divorce?

To divide a pension in a divorce, Colorado uses the “coverture”, or time-rule formula, where the marital share is (1) the months of marriage overlapping employment (2) divided by the total months of employment at the time of retirement, (3) multiplied by the retirement actually received at retirement.

How to calculate pension value for divorce?

In order to divide a pension at divorce, you need the actual value. For a defined benefit plan which pays a monthly amount, you need documents reflecting the spouse’s total service, as well as the expected retirement payout. The portion of the pension earned during marriage is the marital portion, divided at divorce.