Right to Counsel in Contempt Cases Before Sentence of Jail 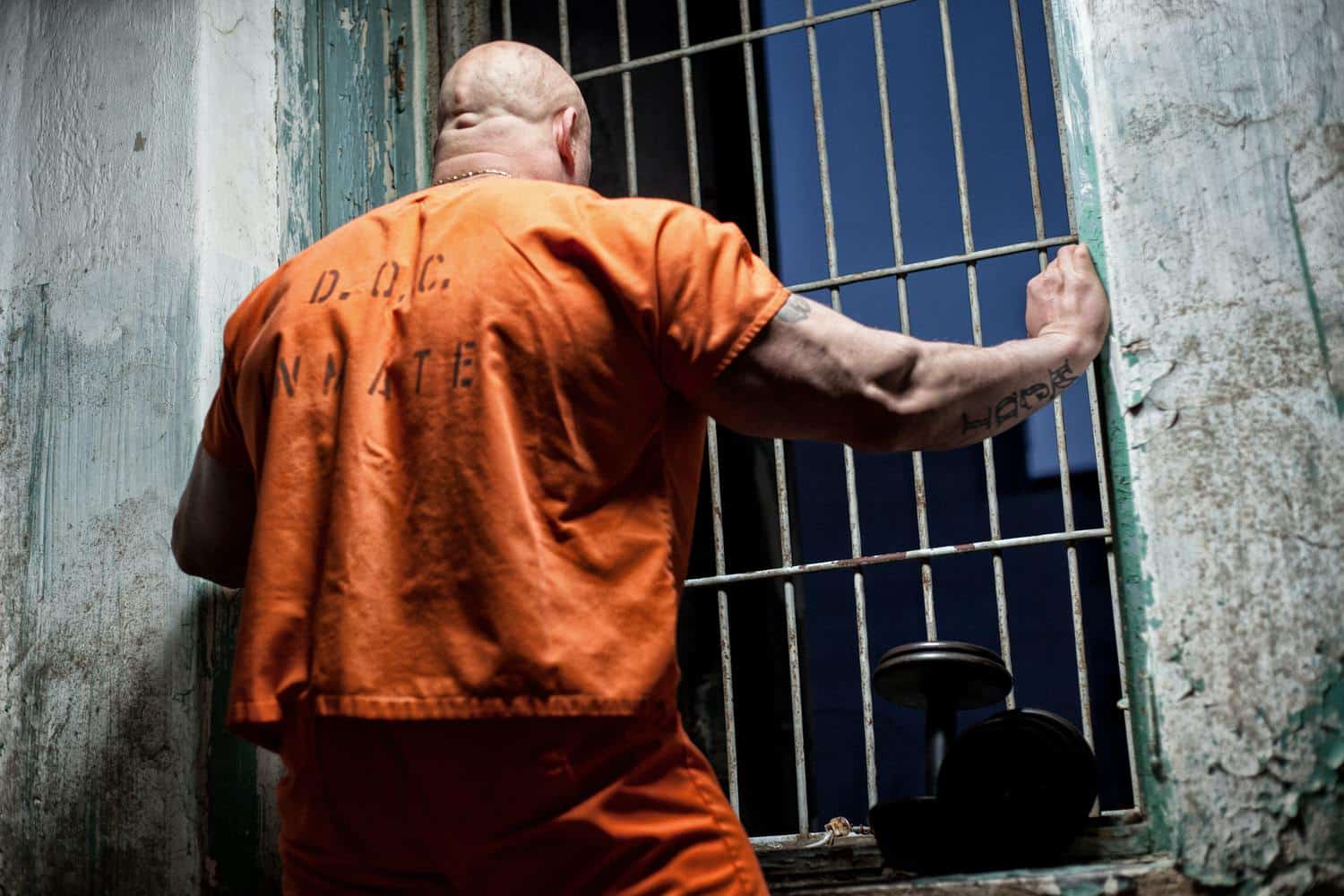 It seems that contempt of court has had a lot of attention from the Colorado Court of Appeals in recent months – while the right to counsel issue has not arisen recently, we have written about numerous appellate decisions pertaining to contempt including the requirement that remedial contempt have a “purge clause” before awarding attorney’s fees, that a party can be found in contempt and not have a sanction imposed, and numerous other contempt issues.

In A.C.B.,1In re: Parental Responsibilities of A.C.B. 2022 COA 3. the court of appeals considered for the first time whether a party facing jail time in a remedial contempt of court case has the right to counsel, and answered that issue in the affirmative, at least when a governmental entity is seeking jail.

As we discuss in our contempt article in the Colorado Family Law Guide, there are two types of sanctions which may be imposed in a contempt case:

Trial Court – No Right to Counsel in Remedial Contempt Case

In A.C.B., the county Child Support Services brought a remedial contempt case against the father for failing to pay child support, with arrears of almost $12,000. The trial court advised the father that he had the right to counsel at his own expense, but father repeatedly told the court that he was indigent, and requested an attorney be appointed to him because he faced incarceration as a potential sanction.

The trial court declined, on the basis that the right to counsel in a contempt proceeding only applied to punitive contempt, not to remedial contempt proceedings where the contemptor could avoid jail simply by complying with the order. Upon finding him in contempt, the judge imposed jail as a remedial sanction, with the jail stayed as long as he kept current with his support payments.

The father appealed, arguing that it was a violation of his due process rights to impose jail without affording him the right to counsel. The Court of Appeals framed the issue as: “whether an indigent parent in a state-initiated civil contempt proceeding has a due process right to appointed counsel.” A.C.B.2In re: Parental Responsibilities of A.C.B. 2022 COA 3, ¶ 46. and answered that question in the affirmative – there is a right to counsel under those circumstances.

The appellate court discussed a length the difference between punitive and remedial contempt, and when it comes to the sanction, the fact that the party in violation could avoid the sanction by complying with the order:

“Thus, a remedial sanction of imprisonment is always conditional. That is, by virtue of the finding that the contemnor has the present ability to comply with the court’s order and, thereby, purge the contempt, the contemnor holds in his hand the proverbial keys to the jailhouse door – once he purges the contempt, he is free.”

Development of Right to Counsel in Civil Cases

The court then discussed at length the history of the right to counsel, starting with the seminal U.S. Supreme Court ruling in Gideon,4Gideon v. Wainwright, 372 U.S. 335 (1963). that the Sixth Amendment right to counsel requires the appointment of counsel, at public expense, to indigent defendants in state felony trials, and continuing through numerous state and SCOTUS cases which extended and clarified the right.

Chief among these was the Lucero,5People v. Lucero, 584 P.2d 1208, 1214 (Colo. 1978). where a grand jury witness who refused the judge’s order to testify was held in direct contempt and imprisoned until he agreed to testify. While approving of the sanction, the Colorado Supreme Court was troubled by several aspects of the refusal to provide legal counsel, and held that “the right to counsel must be extended to all contempt proceedings, whether labeled civil or criminal, which result in the imprisonment of a witness.”

But Lucero was effectively superseded by the 2011 U.S. Supreme Court Turner6Turner v. Rogers, 564 U.S. 431 (2011). holding that there is no right to appointed counsel in civil contempt. There, the mother moved for “civil contempt” (what Colorado generally calls remedial contempt) against the father for nonpayment of child support. Neither the mother nor father had counsel, and when asked by the court if he had anything to say, the father merely apologized for the arrears and asked for another chance.

The trial court found the father in contempt and sentenced him to a year in jail until the contempt was purged by paying the child support arrears. There was no finding of ability to pay. Eventually the Turner case reached the U.S. Supreme Court, which reaffirmed that the sixth amendment right to counsel does not apply to civil cases.

The Court applied factors set forth in Eldridge,7Matthews v. Eldridge, 424 U.S. 319 (1976). addressing whether the right to court-appointed counsel applied to a civil contempt case where imprisonment was an option:

In Turner, while the private interest was high – losing one’s liberty – and strongly mitigated in favor of the right to counsel ,the other factors balanced against that right, especially because the “critical question” in a contempt case is the person’s “ability to pay”. Moreover, because the payee was often pro se (i.e. representing himself), providing free counsel to the payor in default would “create an asymmetry of representation.” Finally, the contemptor should be on notice that ability to pay is a critical issue, and there is a form to elicit relevant financial information and the opportunity to be heard.

So ultimately, while there is no automatic right to counsel in a civil contempt matter, because the father in Turner was not afforded the protections they discussed, in that particular case his due process right to counsel had been violated by his imprisonment.

The A.C.B. court framed the issue of the right to counsel in a remedial contempt case as:

“Our case squarely presents the issue left unresolved in Turner – whether an indigent parent in a state-initiated civil contempt proceeding has a due process right to appointed counsel.”

The Court applied the Eldridge factors, but found that they mitigated towards the right to counsel, with a significant difference being that when the state brings a contempt, the government is represented by counsel, rather than both parties being unrepresented.

“The need for counsel is particularly acute in cases like this one, where an alleged contemnor’s present ability to pay is at issue, as answering that question incorrectly carries with it the very real risk that the alleged contemnor will be wrongfully imprisoned for an indefinite period with no viable means of performing the act necessary to secure his freedom.”

Without a trained advocate, a contemptor would not know how to present a case in his own defense, thereby increasing the likelihood of jail. But that alone would not be enough to warrant the right to a state-paid lawyer if the other procedural safeguards were in place. And since he did not have counsel, the father in A.C.B. had no ability to ensure the procedural safeguards discussed in Eldridge were satisfied, and in fact, they were not. ¶ 52. Finally, providing counsel when the government brings a contempt case would not cause any prejudicial delay in proceedings.

Case Reversed for Trial Court to Consider Right to Counsel

The Court of Appeals reversed, and remanded to the trial court to consider whether the father was, in fact, indigent, and if so, to appoint counsel before imprisoning him:

“On remand, Broyhill should be afforded the opportunity to prove that he’s indigent. And if the trial court is satisfied that he is indigent (and assuming his liberty interest is still at stake), it must provide him with court-appointed counsel at state expense. If, on the other hand, the court finds that Broyhill isn’t indigent, it shall make such findings, inform him that he doesn’t qualify for court-appointed counsel based on indigency, and afford him an opportunity to retain counsel should he wish to. Only then should the court hold a new contempt hearing.”

No Automatic Right to State-Paid Lawyer in All Contempt Cases

It is important to note that A.C.B. has a very specific holding as to when the right to counsel applies:

“We conclude that when, as here, a contempt proceeding is initiated by a governmental entity and where a jail sentence is an available remedial sanction, an alleged contemnor who is indigent has the right to court-appointed counsel.”

The takeaway? While there is a lot to digest in the full opinion, this holding is pretty succinct, and requires state-appointed counsel when three factors are met:

If jail is ruled out as a remedy (and I’ve seen magistrates ask if the party filing the contempt is seeking jail or not), then A.C.B. does not apply, and there is no right to state-appointed counsel.